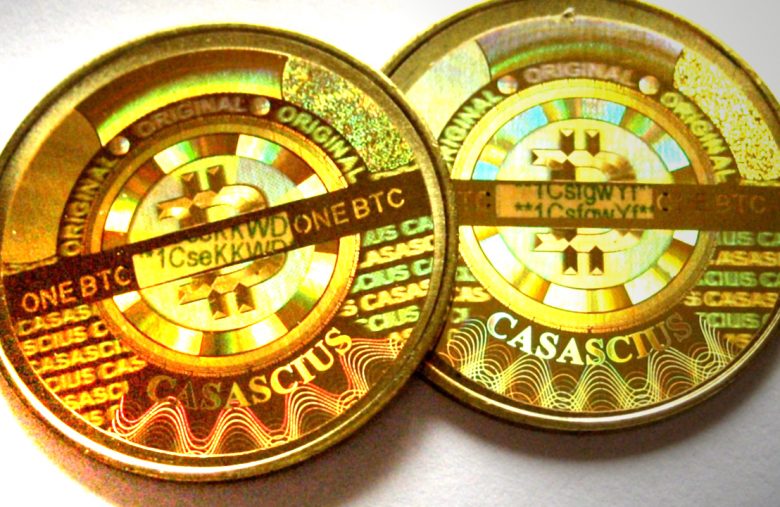 While bitcoin continues to become more scarce every day, the most popular set of physical bitcoins, crafted by Mike Caldwell from 2011 to 2013, have become far scarcer than their digital counterparts. As of September 18, 2021, there are now less than 20,000 active bitcoins from the Casascius physical bitcoin collection.

Bitcoin has become a well-known technology and in the early years a number of people and companies deployed concepts called “physical bitcoins.” Essentially, a group or individual would fabricate a coin with the bitcoin symbol etched on it and the coin would also hold digital BTC hidden within the coin’s body.

Casascius bitcoins sport a holographic tamper-resistant sticker on one side of the coin, and if the sticker is peeled, the digital bitcoin’s private key is revealed. Caldwell crafted both coins and bars that held loaded bitcoin (BTC) and created series 1 (1-1,000 BTC), series 2 (0.5-500 BTC + the DIY Storage Bars), and series 3 (0.5-1 BTC).

Casascius physical bitcoins made by Mike Caldwell have gained significant collectible and numismatic value well over the face value of the digital bitcoin loaded on these coins or bars.

Image via casasciustracker.com on September 18, 2021.

On December 23, 2019, a 100 BTC gold bar was peeled or redeemed. This means the digital BTC value was spent by the owner and the physical bar is empty with zero digital value left. Ten years after the first Casascius bitcoins were minted, there’s under 20K left that are active with loaded BTC.

According to statistics from casasciustracker.com, on September 18, 2021, there’s approximately 19.92K active Casascius bitcoins waiting to be peeled. So far 8,009 coins or bars have been redeemed over the last ten years and there’s approximately 43K BTC left unpeeled worth over $2 billion.

Image via casasciustracker.com on September 18, 2021.

48,169 BTC worth $2.3 billion has been spent by the peel process. Furthermore, there are some lucky owners who still have yet to peel 1,000 BTC bars or coins worth $48 million using today’s exchange rates. For instance, out of the six 1,000 BTC Series 1 Casascius bitcoins, only 2 have been redeemed so far.