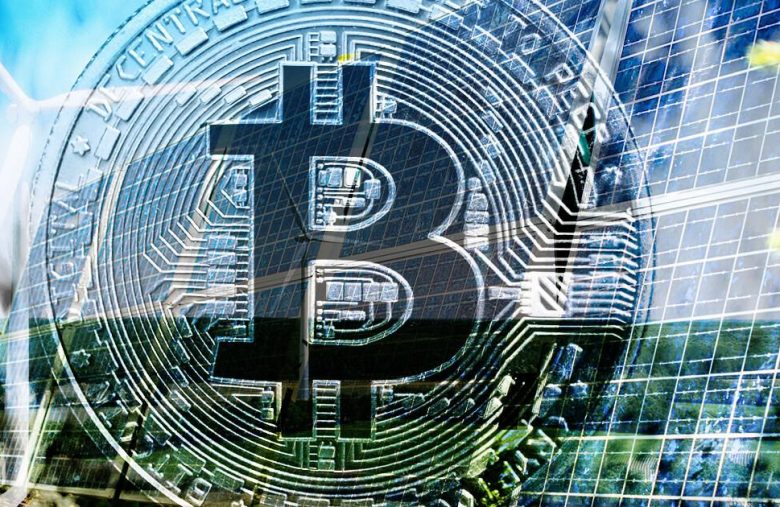 Yes, Bitcoin mining does consume a lot of energy — about 110 terawatt hours per year, the energy equivalent of a small country.

Yes, Bitcoin mining does consume a lot of energy — about 110 terawatt hours per year, the energy equivalent of a small country. Considering that a single Bitcoin mining farm might be running hundreds or thousands of mining rigs (roughly the equivalent of running a space heater) all day, every day, it’s easy to see how that much energy can be created. It’s also easy to see why keeping energy costs low becomes the main concern of Bitcoin miners.

The good news for large-scale Bitcoin mining operations is that the cheapest sources of energy are also the cleanest and most sustainable, like wind, solar, and hydropower, which are all cheaper sources than gas and coal. Additionally, the Cambridge Center for Alternative Finance estimates that 76% of miners are already using sustainable energy sources.

Still, with recent questions in the news around the source of Bitcoin’s energy usage, and whether it can be sustainable going forward, there’s still more to do to grow awareness and adoption of renewable sources of energy.

If you’re looking to start a mining operation, switch electricity sources, or invest in a mining company and want to know more about where they’re getting their energy, here are the top sources of renewable energy that will fuel the industry in years to come.

Solar is the most widely used renewable energy source, and is also one of the most straightforward: Capture energy from the sun’s rays through photovoltaic cells in solar panels. They’re easy to install and maintain, and it doesn’t require any drilling or mining, or anything to be burned. Additionally, solar energy costs have only dropped in recent years, with the cost for electricity from utility-scale solar photovoltaics (PV) down 82% from 2010 to 2019.

Recently, Square and Blockstream announced that they would be investing in a $5 million fully solar-powered Bitcoin mining facility, as they say, in order “to show that a renewable mining facility in the real world is not only possible but also prove empirically that Bitcoin accelerates the world toward a sustainable future.”

Renewable energy sourced from the wind is another option. This involves setting up large wind turbines in open areas to capture the energy from air movement and turn it into electricity. Again, it’s a renewable energy source that doesn’t require drilling or mining — simply the construction of wind turbines — and the energy produced can power single homes, cities, or even countries. Wind power costs one to two cents per kilowatt-hour, and prices tend to be fixed over long periods of time. No fuel costs or usage and job creation also make wind attractive.

In the wake of the Chinese crackdown on Bitcoin mining operations, there’s speculation that many miners may move to Texas, due to the abundant wind power available, as wind provides upwards of 20% of Texas’s energy.

Capturing energy from water currents is one of the oldest types of renewable energy sources (think water wheels powering mills or the Hoover Dam). It’s also an incredibly consistent source of energy, as constantly running waterfalls can provide steady, endless power, whether it be captured through running rivers or simulated through damming and turbines. As for costs, it’s also one of the cheapest at 85 cents per kilowatt-hour, and upwards of 90% of the energy can be converted into electricity.

One of the biggest advantages Chinese mining operations had before the nationwide crackdown was that they were able to tap into massive amounts of hydroelectric power available to them, specifically in the Sichuan province, wherein the rainy season, 95% of electricity can come from hydro.

El Salvador president Nayib Bukele made news when he tweeted an invitation to Bitcoin miners to use their volcano energy, which is in fact geothermal energy, another renewable resource. Geothermal energy comes from heat stored within the Earth’s crust, which can include energy that escapes through steam, or even through volcanos. As of 2020, geothermal energy has a capacity of 14,000 megawatts, and is considered a plentiful, consistent source of renewable energy. Yet geothermal energy is only available in certain areas of the world where heat can rise to the surface, typically around tectonic plates.

Capturing tidal power or the energy of the ocean is another renewable option similar to hydropower. Instead of running water, tidal barrages set up at the tide line or turbines set up in the ocean below sea level capture the movement of the water and turn it into electricity. While adoption has been limited so far with few sites established, this option is expanding as technology improves and costs come down. However, it is incredibly promising: The world’s largest tidal power station in South Korea generates over 500 gigawatt-hours a year, or the equivalent of 862,000 barrels of oil.

Another renewable source is waste energy, where organic material is broken down to create heat through either incineration or bacteria that decompose organic material. The heat created then drives steam turbines to produce electricity. This option can also help reduce the presence of landfills. Crypto company 4New made news when they announced they would install a waste-to-energy plant that would fuel their facility.

How Bitcoin Mining Can Be a Renewable Source for Others

Whether consuming or providing, Bitcoin mining will certainly play a major role in creating a sustainable future.