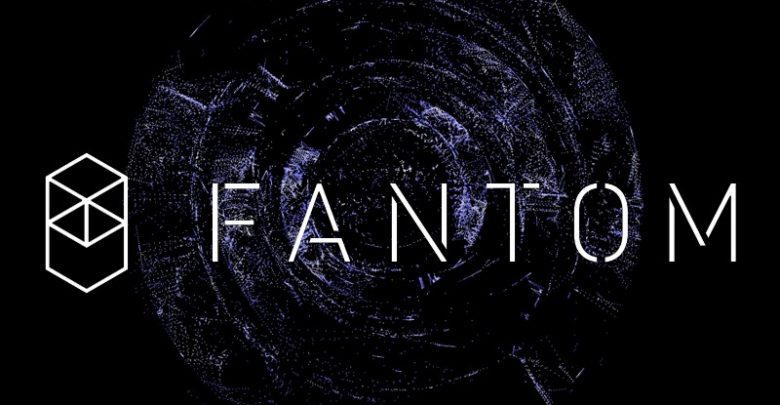 The Ethereum-compatible Layer 1 network hosts a vibrant DeFi ecosystem and has become a favorite among some of the crypto space’s most prolific builders.

Fantom is a Layer 1, Proof-of-Stake network with low transaction costs and fast finality. Since launching in 2019, Fantom has built up a respectable DeFi ecosystem of both homegrown and Ethereum-native applications.

Fantom is one of several alternative Layer 1 blockchains that surged in popularity in 2021. Thanks to it low transaction costs, the network has attracted many users and developers that are priced out of using Ethereum due to its high gas fees.

The Fantom base chain uses Directed Acyclic Graphs to achieve consensus. It secures an additional execution layer called Fantom Opera, which handles more specific and complex functions. Today, Fantom Opera is what most people are referring to when they talk about Fantom and is the home of the blockchain’s DeFi ecosystem.

Opera is the first execution layer built on Fantom and is compatible with the Ethereum Virtual Machine. This means that developers can write, deploy, and run smart contracts written in solidity on Fantom, just as they would on Ethereum. Fantom’s compatibility with Ethereum has also helped foster development as builders can easily port applications over from Ethereum to Fantom with few changes to the underlying code.

Similar to other Layer 1 blockchains, Fantom uses a Proof-of-Stake validation mechanism. There is no minimum stake amount: users can earn rewards with only 1 FTM. However, those staking lower amounts must delegate their tokens to a validator node. The minimum stake to run a node is currently 500,000 FTM.

Fantom validation mechanism is high-speed and leaderless thanks to its Lachesis consensus algorithm. Single validators do not choose which transactions are valid in each block; instead, Fantom uses a network-wide consensus.

By removing leaders, the majority of transaction processing does not rely on the validators that hold the largest number of tokens, as is the case with other Proof-of-Stake chains such as Solana and Avalanche. This increases Fantom’s decentralization and subsequently security by having all validators play an equal role when participating in the consensus protocol.

As Fantom is compatible with Ethereum, it can also be accessed through popular Web3 wallets like MetaMask. Users can simply add the Fantom Opera network to MetaMask to connect to Fantom.

Fantom currently has two popular decentralized exchanges that let users swap assets and provide liquidity. The most used one of the two is SpookySwap. It’s currently the biggest native DeFi protocol on Fantom with over $1 billion in total value locked.

SpookySwap’s user interface is clean and easy to understand, making it a great place to start exploring the network’s DeFi ecosystem. Swapping works much the same way as it does on other automated market makers: users select the assets they want to swap and the amount they want to swap then make the trade. The SpookySwap trading interface displays useful information such as potential slippage, price impact, and fees before trades are submitted. More advanced users can also create limit orders for asset pairs.

Users can earn SpookySwap’s BOO token and trading fees by providing liquidity to its pools. BOO stakers receive 0.03% of the fees from swaps, so the amount of rewards paid out increases as activity on the protocol does.

But SpookySwap doesn’t stop at trading. The platform has also built a user-friendly interface for Multichain’s Fantom bridge that integrates seamlessly with the exchange. Through the bridge, users can send assets to and from Fantom and several other Ethereum-compatible Layer 1 and Layer 2 networks, including Binance Smart Chain, Polygon, Arbitrum, and Avalanche.

Liquidity providers that earn the exchange’s native SPIRIT token can lock it on the protocol and receive inSPIRIT tokens. inSPIRIT holders earn a portion of the exchange’s fees, just like SpookySwap’s BOO token. Notably, they can also vote on which liquidity pools receive boosted yields.

SpiritSwap’s vesting system is similar to the one used by Ethereum’s biggest DeFi protocol, Curve Finance. The longer holders choose to lock up their SPIRIT tokens, the more inSPIRIT tokens they will be allocated, giving them more voting power. This means SPIRIT holders are incentivized lock up their tokens for longer periods to gain more influence over which yield farms get boosted returns.

Moving on from exchanges, the next key piece of Fantom’s DeFi ecosystem is its range of lending and borrowing platforms. The biggest “DeFi bank” on Fantom is Geist Finance. Launched in October 2021, Geist Finance is a newer entrant into Fantom’s DeFi scene but has quickly gained traction. Geist functions similarly to the Ethereum-native lending protocols Compound and Aave and has become Fantom’s third-biggest protocol thanks to its innovative token reward program.

Geist has successfully maintained attractive yields for users by offering rewards in its native token, GEIST. However, unlike other protocols that allow liquidity miners to sell their token rewards immediately, Geist has a three-month vesting period on all GEIST tokens earned. During this period, holders start earning a share of the protocol’s revenue as if their tokens were staked. Tokens can be withdrawn at any time within the three-month vesting period, but holders will forfeit 50% of their total tokens accumulated. These forfeited tokens are then distributed to users who choose to lock up their GEIST for the full three months, benefitting long-term holders even more.

Not far behind Geist Finance is another lending and borrowing platform called Scream. Paying homage to the popular horror movie series of the same name, Scream doesn’t differ much from Geist in its functionality. However, the protocol does support lending and borrowing for a wider range of assets including several smaller stablecoins such as FRAX, DOLA, and TUSD.

Where Scream does divert from Geist is in its token reward structure. It’s currently in the process of upgrading its SCREAM token staking system to divert 70% of all protocol revenue to token stakers, and also plans to send the remaining 30% to a newly-formed DAO. Just over half of the DAO’s funds will be held in reserve as insurance in the case of a catastrophic event such as a token bug or hack. The other half will be allocated to financing new products, configuring incentives, and token buy-backs, subject to community voting.

Another notable lending platform on Fantom is Tarot, the 14th-ranked protocol on the network. Tarot’s niche is providing leveraged yield farming, allowing liquidity providers to borrow assets from lenders to leverage up the yields generated by their positions. While this strategy can produce big returns, it also subjects participants to the risk of having their positions liquidated.

However, for those who don’t want to take on additional risk, Tarot allows users to deposit their assets for other users to put to work via leveraged strategies. In doing so, depositors can generate handsome returns on single assets without having to worry about being liquidated if the market moves against them. However, if utilization of lent tokens is high, there can be a delay period to withdraw assets. This means that locking tokens up is a risk for users who may need fast access to their assets.

The Future of DeFi on Fantom

The Fantom ecosystem is growing at a rapid rate, with several upcoming projects set to draw even more liquidity to the chain. One highly-anticipated feature set to hit Fantom is the so-called “degenbox” strategy from Daniele Sestagalli’s Abracadabra.Money.

The strategy lets users deposit the Terra network’s UST stablecoin to borrow Abracadabra’s MIM stablecoin. As UST and MIM are both stable assets, the borrowing position can be leveraged up with a reduced risk of liquidation compared to borrowing against volatile assets. However, the degenbox strategy relies on UST maintaining its $1 peg—if UST drops significantly below $1, leveraged positions on Abracadabra will be liquidated.

Despite the risks involved, the degenbox strategy has proven popular with DeFi users on Ethereum. The strategy can yield between 40 and 110% returns on stablecoins depending on the amount of leverage used. While Abracadabra has already launched on Fantom, it currently only lets users borrow MIM against FTM tokens. However, it’s widely believed that Abracadabra plans to port over the degenbox strategy once Terra integrates UST with the Fantom network.

Elsewhere, the popular “DeFi architect” Andre Cronje is building a new DeFi protocol on Fantom with help from Sestagalli. The offering will combine several successful DeFi features from existing protocols, such as a token vesting system similar to Curve Finance and permissionless support for protocol bribes, a practice made popular by Convex Finance.

In a recent blog post, Cronje confirmed that the new protocol would act as an automated market maker for protocols, allowing them to bootstrap liquidity and easily offer token incentives to create a more efficient DeFi ecosystem on Fantom.

In order to create a fair launch for the new protocol, an initial distribution will be allocated to the top 20 DeFi projects on Fantom with the highest total value locked. Each protocol will decide how to distribute tokens to its users in a bid to ensure that tokens go to the most active and involved DeFi users on the network.

Fantom has already attracted over $8 billion across more than 100 protocols with a solid foundation of token exchanges and lending platforms. Thanks to its Ethereum compatibility, an increasing number of developers and users are choosing Fantom to build their protocols and deploy their assets. The network’s recent growth backs up this trend. Fantom’s total value locked has increased 109% over the past month and shows no signs of slowing down.