A Decrease In Bitcoin Whales Suggests A Bear Market Is Due 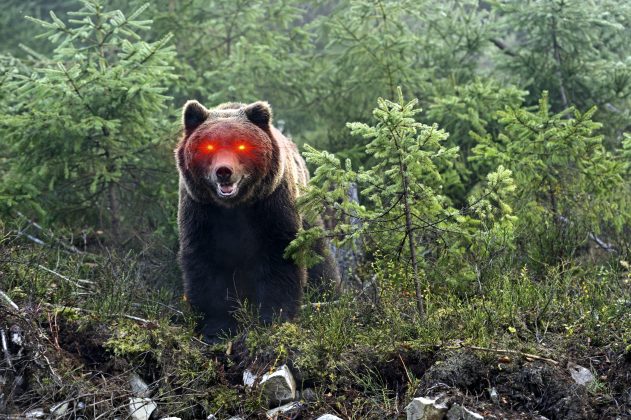 Bitcoin price is sinking slowly from highs set over a week ago now, and bullish momentum is showing signs of waning. The peak of the bull market isn’t expected by most analysts for some time, however, a sizable reduction in BTC wallets with a balance of 1K or more coins, could be signaling a bear market is coming sooner than they expect.

Here’s what past history says about this type of whale behavior, and what it might mean for Bitcoin price action in the days, weeks, and months ahead.

The Case Of The Disappearing Bitcoin Whales

The supply of Bitcoin is so scarce, that anytime demand rises, price increases exponentially. It causes the cryptocurrency’s price to bubble, drawing more attention and participants into the decentralized network.

Even retail investors can have a dramatic impact on price increase, and the effect recent buying from corporations and institutions has had has been nothing short of dramatic. Combined with the asset’s hard-coded block reward halving lowering available supply, a bull market has broken out.

At the height of each parabolic advance, however, long before retail participants and even some institutions begin taking profit, large whale wallets holding 1K BTC or more begin to decrease rapidly.

According to crypto capital advisor Timothy Peterson, there has been the largest reduction in BTC wallets of that size or greater in history. But what exactly does that mean?

Peterson says that the reduction is the largest historically across a 40-day period, beating even the 2014 and 2018 bear markets in “both absolute and percentage terms.”

2/ The decline in large addresses implies #Bitcoin's price could fall to $25,000 in the foreseeable future. pic.twitter.com/uvB5TE3coW

A correction of that size back to $25,000 would be roughly 60%, only 10% shy of the full correction from in 2019 from $13,800 to $3,800 in early 2020. The steep selloff caused an opposite polar reaction to the upside, and a swift crash back down for a bullish retest of demand, could send the cryptocurrency back soaring higher once again.

Thus far, the bull market has seen very few corrections, so a more significant selloff is highly likely as Peterson points out. Whales capable of moving the market already taking their profits off the top, could be what’s causing momentum to silently turn on still-exuberant investors who are unknowingly buying the top.

It is worth pointing out, however, that the presence of institutions might not allow prices to fall so low, and if they make it there, could be bought up faster than expected.