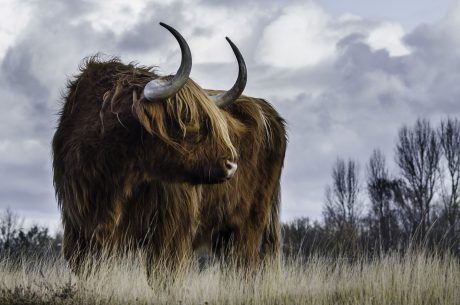 A rare bullish bitcoin signal, the difficulty ribbon compression, has started pumping up for the first time since the bull run started.

As pointed out by a BTC analyst on Twitter, the difficulty ribbon compression seems to be going up for the first time since the bull run started.

To properly quantify these values, the BTC difficulty ribbon compression uses a normalized standard deviation. Higher values have historically been associated with the price moving up, while lower values suggest a downward trend.

Now, here is how the chart looks like for the BTC difficulty ribbon compression in the past decade:

The above graph reveals some interesting features about the indicator. It does seem like that the difficulty ribbon compression has a historic relationship with the price.

It looks like when the value of the indicator drops very low, BTC hits a low on the curve. And when it rises, like it is doing right now, the price also moves up.

However, there is something to consider here. The indicator is a measure of the mining difficulty, and right now the world hash rate is facing some special circumstances due to the China crackdowns.

After massively dropping for a while, the global Bitcoin hash rate has started to go up again as miners migrate from China to other countries like the US. This should mean the difficult would go up quickly as the usual mining farms start their operations again.

Bitcoin price is around $32k at the time of writing, down 4% in the last 7 days. Over the last month, the coin has dropped almost 17% in value.

Here is a chart showing the trend in the crypto’s value over the past 6 months:

Bitcoin seems to be on a downtrend | Source: BTCUSD on TradingView

BTC’s price continues to be range bound as the crypto remains stuck in the $30k to $35k range. It’s unclear when the coin might escape these levels, and which direction it might go in next.

If the difficulty ribbon compression is anything to go by, Bitcoin’s price might be seeing an increase soon. On the other hand, due to the special mining conditions, this rise in the value of the indicator might not directly translate to the price this time.