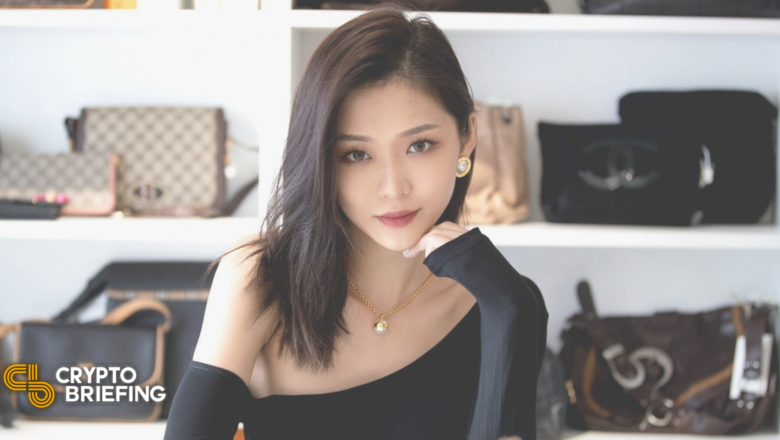 The popular crypto influencer Irene Zhao now has a dedicated DAO called IreneDAO. While some have dismissed the project as a fad, it hints at a possible future where NFTs, DAOs, and social media converge.

IreneDAO launched Friday and has quickly taken off. NFT passes to enter the DAO are already trading at 1.25 Ethereum.

It would appear that there’s more to DAOs than acquiring valuable NFTs, the U.S. Constitution, or the Blockbuster chain—now they’re starting to take the form of fan clubs.

A new DAO called IreneDAO is causing a storm in the crypto world after launching Friday. The DAO is dedicated to Irene Zhao, a 28-year-old Instagram model, influencer, and cryptocurrency enthusiast who recently left her job as a commodity broker to pursue a career into the crypto industry. IreneDAO started out as a sticker collection featuring an assortment of photos of Zhao in various poses. Each photo features text overlay, often with popular crypto memes such as “WAGMI” (meaning “We’re All Going to Make It”) and “gm” (“good morning.”) The stickers were then tokenized into 1,107 NFTs, described as an access pass to the DAO’s “Genesis Tribe,” and distributed with a free mint. They’re already trading at 1.25 Ethereum on OpenSea, around $4,125 at press time.

The NFTs have become a hot topic of conversation this weekend as the prices and trading volumes have soared. Galaxy Digital CEO Mike Novogratz confirmed that he’d bought one of the tokens in a Sunday tweet amid the discussions. “Proud member of team @Irenezhao_ I love the hustle.  This young woman has created her own brand in less than a year.  And NFT’s allows her to pull her community together,” he wrote. The post drew criticism from several skeptics, including Do Kwon and Daniele Sestagalli.

Yes we are!! Proud member of team @Irenezhao_ I love the hustle. This young woman has created her own brand in less than a year. And NFT’s allows her to pull her community together. pic.twitter.com/iZiAqXj1iX

While some have dismissed Zhao’s drop as another throwaway NFT collection, IreneDAO seems to have big ambitions. On Saturday, Zhao posted a tweet storm promising that there would be “lots in store” for the DAO and that it was hoping to become a “grassroots movement” for the creator economy. She added that the DAO’s core values are “Simplicity, Integrity, Meaning, and Purpose,” which is likely a subtle reference to “simp”—Internet slang for a person, usually a male, who show an excessive amount of affection to another person, usually a female, in a bid to get their attention.

Zhao rose to prominence in crypto in 2021 as the Chief Marketing Officer at Konomi Network and is currently building a decentralized social media platform called SO-COL on a StarkWare-powered Layer 2 solution. In fact, SO-COL appears to be the DAO’s core focus. SO-COL, short for “Social Collectables,” brands itself as a “decentralized version of OnlyFans, Discord, Twitch, and Patreon.” Zhao, who has a fair amount of experience in social media after building a following of 500,000 across Instagram and Twitter, told Crypto Briefing that SO-COL is aiming to be a decentralized alternative to the major social networks of Web2. “IreneDAO started off as a social experiment to prove SO-COL’s core concept of empowering creators by connecting them with their communities via NFTs,” she said. “The ultimate goal is to create hundreds or even thousands of such communities through the SO-COL platform. The communities could be large or small, and each community, together with the creator, will define the utility of that creators’ own “collectables.””

In other words, NFTs can be used as membership cards for communities on SO-COL, and IreneDAO is the first project that showcases its potential. SO-COL is powered by StarkWare’s Layer 2 solution StarkEx and leverages the DID protocol. “We are working on the technology for  SO-COL by developing our own decentralised ID (DID) protocol,” Zhao said. “At the moment, we are letting the DAO community to discuss what they want—that is the whole idea. The community and the creator will form a conversation on what value they wish to instill into the “collectables”, in this case, the IreneDAO passes.”

An NFT and DAO Explosion

While most NFTs have taken the form of tokenized JPEGs with little to offer in the way of utility to date, the concept of using them as membership cards is nothing new. Arguably the most successful NFT collection of 2021, Bored Ape Yacht Club, marketed its cartoon ape NFTs as membership passes to an exclusive club. Since launching, the club has grown a thriving community, attracted the interest of celebrities like Eminem and Steph Curry, and partnered with the global brands Adidas and Universal. The team behind the collection also says a token and play-to-earn game is on the horizon. Membership passes to Bored Ape Yacht Club were available for under $200 on launch in April and now go for around $274,000 on the secondary market.

While NFTs were without a doubt the big talking point of 2021 in crypto, DAOs also started to show early promise. DAOs, otherwise known as decentralized autonomous organizations, offer a way for groups to coordinate at scale, where the rules for the are encoded in smart contracts on the blockchain. Unlike traditional companies, there are no hierarchical structures in DAOs, at least in theory. DAOs usually have their own governance token for voting in key decisions affecting the group; a bigger allocation of tokens typically represents more voting power. In 2021, the crypto space saw a number of DAOs form with the goal of raising funds for a specific cause. PleasrDAO launched to buy a pplpleasr NFT and later acquired Wu-Tang Clan’s one-of-a-kind album Once Upon a Time in Shaolin, ConstitutionDAO raised $45.6 million to buy a physical copy of the U.S. Constitution (but ultimately failed), and BlockbusterDAO formed to turn Blockbuster into a Netflix-style streaming service. In December, one DAO formed with the goal of freeing Silk Road founder Ross Ulbricht from prison—it dropped $6.2 million on his first NFT collection to raise funds for Ulbricht and other prisoners.

IreneDAO appears to be an early example of a fan club DAO, and potentially paves the way for a future where musicians, celebrities, and other creators leverage the blockchain to interact with their fans.