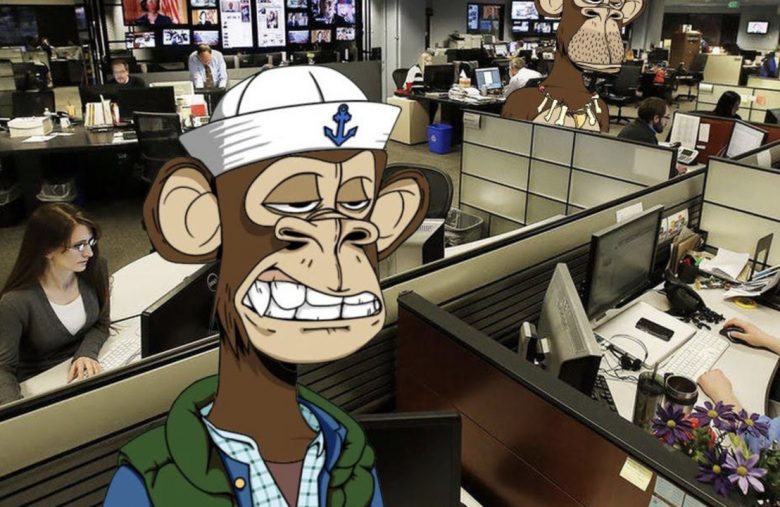 Apecoin DAO community members have approved a governance proposal that will fund a Bored Ape Yacht Club (BAYC)-centric news publication called the Bored Ape Gazette with $150,000 for the first year. While the Bored Ape Gazette has been in operation since June 1, 2021, the site’s operator promises to “keep the community better informed” with plans to “ramp up” Bored Ape news coverage.

Members of the Apecoin DAO have hired their own news publication for the next 12 months according to the governance proposal AIP-70. According to the proposal, the operator of the news site The Bored Ape Gazette says the publication has “grown exponentially over the past year.”

The publication’s operator insists that he is “committed to building a trusted source of information for this community and I would like to expand the operations into continuous research, analysis, and reporting across the ecosystem.”

The Bored Ape Gazette’s sole writer and editor figures it will cost $150K for the next 12 months of operation and the funds will go toward “coverage of all things ape will ramp up from 1-2 stories a day to 3-5.” The Bored Ape Gazette will focus on keeping the Apecoin DAO community “better informed” as the owner intends to draft “bi-weekly newsletters and in-depth reports.”

During the last 30 days, APE has gained 44% against the U.S. dollar but it’s down 74% from the crypto asset’s all-time price high of $26.70. The Bored Ape Gazette’s coverage delves into a great deal of BAYC-centric news, in general, that discusses subjects tied to all things ape.

Similarweb statistics show that The Bored Ape Gazette has a global website rank of 865,175 and has seen 52.4K visits. The site’s visits are down 45.68% lower than the month prior with Taiwan and the U.S. being the news site’s top traffic regions.

Furthermore, the official Apecoin DAO Twitter account explained this week that The Bored Ape Gazette’s AIP had passed and thanked everyone for participating in the governance process.