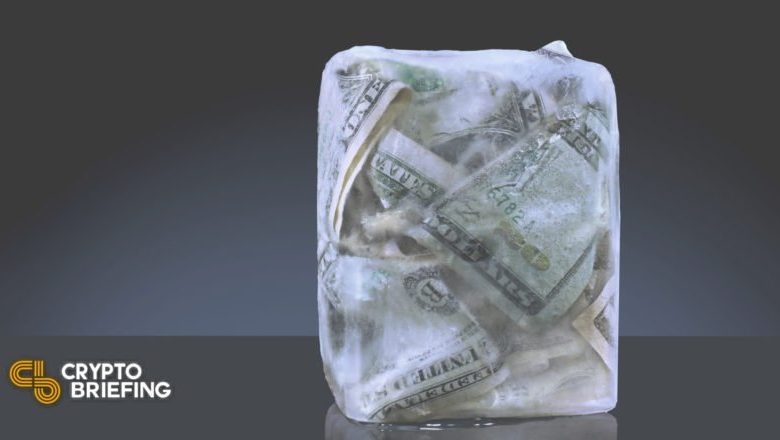 Two major exchanges have refused to honor the Ukrainian Vice Prime Minister’s request to freeze the accounts of “ordinary” Russians.

Binance and Kraken have rejected a request from Ukraine’s Vice Prime Minister to block Russian users.

“I’m asking all major crypto exchanges to block addresses of Russian users. It’s crucial to freeze not only the addresses linked to Russian and Belarusian politicians, but also to sabotage ordinary users.”

Both Binance and Kraken have refused to do so unless legally required.

One Binance representative told Reuters that the exchange would not “unilaterally freeze millions of innocent users’ accounts” because “crypto was meant to provide greater financial freedom for people across the globe.” Binance will comply with the blocking of accounts of those Russian users upon which sanctions have been imposed.

Separately, Kraken’s CEO Jesse Powell replied to Fedorov’s tweet, writing that Kraken “cannot freeze the accounts of our Russian clients without a legal requirement to do so.” He added his “guess that the vast majority of crypto holders on @krakenfx are anti-war” and emphasized his view of the importance of individual needs and rights throughout the thread.

6/6 Besides, if we were going to voluntarily freeze financial accounts of residents of countries unjustly attacking and provoking violence around the world, step 1 would be to freeze all US accounts. As a practical matter, that's not really a viable business option for us.
/🧵

Powell also recalled crypto’s use case in Canada “for those who opposed the regime,” referring to Prime Minister Trudeau’s crackdown on the trucker-led protests that culminated in his invocation of the Emergencies Act, which allows the government to freeze citizens’ bank accounts without a court order. In response to this, Powell implored users to remove their crypto from centralized exchanges.

Ukraine’s application of pressure to crypto exchanges to comply is not over yet, though. Authorities in the country are reportedly pursuing legal demands and official sanctions. The head of the virtual assets expert group at Ukraine’s Ministry of Digital Transformation (of which Fedorov is Minister) confirmed today that efforts would be made to force the exchanges’ hands.