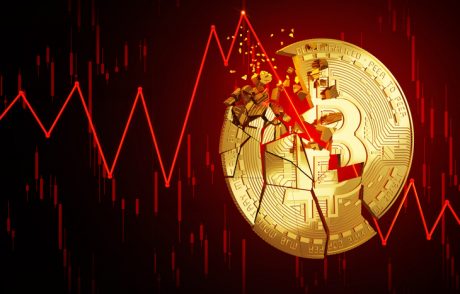 Bitcoin has finally crashed below $30,000 for the first time in a month after the digital asset had recovered above this point following the crash to the $28,000 range in the last month. Market volatility levels have continued to remain low while the digital asset price continues to suffer. Market sentiments seem to remain in the extreme fear range as investors hold off putting more money into digital assets.

Bitcoin continues to show bearish tendencies as, despite best efforts, bulls have not been able to drag the coin out of its three-month-long decline. Breaking the critical $30,000 hold that holders have tried to keep the digital asset price. Market indicators so far continue to show that the digital asset might be headed for further decline.

The price of the digital asset has now hit the same price that the coin was at the beginning of the year 2021. Showing that this dip might be continuing on further down than the market anticipates.

Bitcoin is the first cryptocurrency and certainly the most valuable has always maintained market dominance over the other crypto assets in the market. The market dominance was well above 50% at the beginning of the year but now that number has declined to less than 50% market dominance for the coin.

The price crash in May saw the market dominance for the digital asset take a sharp decline as other crypto-assets started to step up their game and take more market share. With coins like Ethereum slowly but surely taking a much larger market share.

Bitcoin dominance saw sharp declines in 2017 when other crypto assets started gaining notoriety. In 2017 alone, the digital asset saw its market dominance go down from 95% to 52%, before recovering up to 70% as the last bear market raged on. But now, bitcoin has started losing much of that dominance, currently sitting at 46% market dominance.

Massive FUDs in the market might point more to a bearish trend than it does to the bullish setup. There have been debates about whether events like the China crackdown on mining and crypto bans have been a good indicator for the crypto market at large and consensus seems to be that the events will help to make digital assets even more valuable.

While things like this might be true in the long term, it seems so far to not be good for the long term. With the FUDs have come decreasing prices in the market and the charts continue to be in the red.

With investors still being wary of putting money in the market, the price has so far suffered. Despite institutions like Michael Saylor’s MicroStrategy continuing to be bullish on bitcoin.

Bitcoin is currently trading at $29,764, with an overall market cap of approximately $557 billion.