Bitcoin Dropped Below $30K for the First Time Since June: Crypto Markets Lost Another $100B (Market Watch) 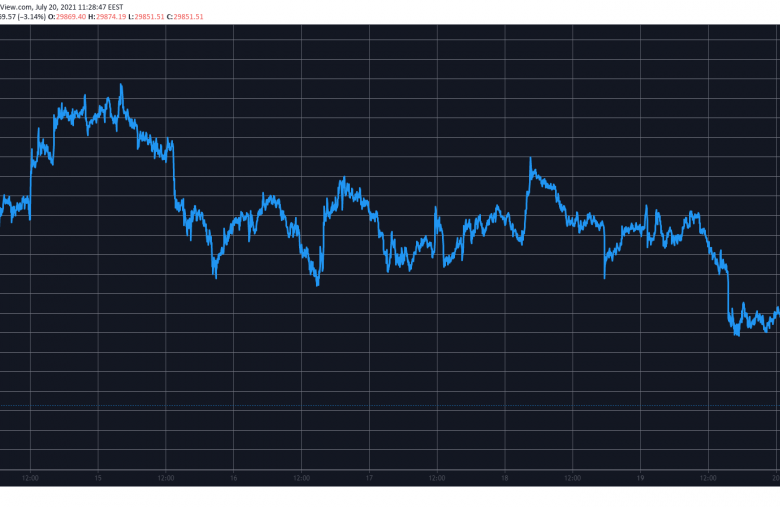 In yet another day of bears in charge, the price of bitcoin fell beneath $30,000 for the first time in roughly a month. The alternative coins are buried in red as well, with numerous double-digit drops resulting in nearly $100 billion evaporated from the crypto market cap.

It’s safe to say that BTC has seen better days as the asset has lost more than $4,000 in roughly a week. The situation was significantly more favorable seven days ago when it attempted to overcome $34,000.

However, the bears intercepted the move and drove bitcoin south for several consecutive days. As a result, the cryptocurrency struggled around and just over $31,000, but its position worsened in the past 24 hours.

As of now, it has reclaimed some ground, but it’s still beneath that level. Its market capitalization has suffered as well and is down to $560 billion, but its dominance has increased to over 46% as most of the altcoins have plummeted even worse.

As it typically happens when BTC heads south, the alternative coins tend to follow. Ethereum, for example, traded above $1,950 just two days ago, but it has dropped by more than $200 since then. Earlier today, ETH dipped to $1,720, which became its lowest price position since late June as well.

Dogecoin appears to be taking this crash less severely, with “just” a 7% decline to $0.17.

The situation with the lower- and mid-cap altcoins is quite bearish as well. NEM leads the adverse trend with a 20% dump to $0.12.

Ultimately, the cumulative market capitalization of all cryptocurrency assets has dumped by about $100 billion in just a day to $1.2 trillion.