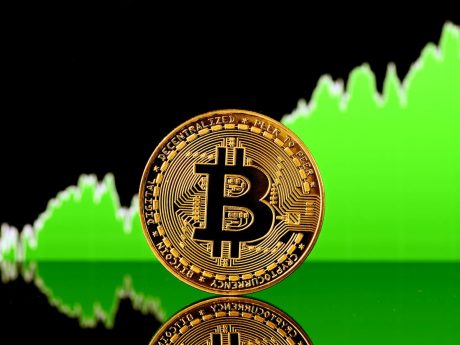 The approval of a Bitcoin Exchange Traded Fund (ETF) in the U.S. has come true. Different actors in the crypto space have tried to receive the greenlight from that country’s regulator (SEC) for little less than a decade.

Major achievement for the crypto industry, there is a sensation of euphoria in the market with Bitcoin reaching a 24-hour high of around $63,000. There has been some retracement since that peak, but BTC’s price continues to trade north of $61,000, at the time of writing.

The approval of a Bitcoin ETF is a positive development. Whatever the case may be, a progressive step from the regulator is good for Bitcoin and the cryptocurrency market at large.

Opposite to the opinion of those against the Bitcoin ETF approval, QCP Capital believes this product will “sideline institutional” investors due to its characteristics. Thus, the U.S. retail sector could become the predominant player.

A BTC ETF based on CME futures will most likely trade at a premium related to Bitcoin’s spot price. Therefore, institutional investors could have little incentive to trade this investment product in step of simply buying CME contracts.  QCP Capital said:

We are not sure if these futures-based ETFs will be able to draw enough new money to trigger an exponential move higher like the one we saw in Q4 2020.

The market could experience a new inflow of capital, as expected from traders and operators, as investors move “out of Gold ETFs into Bitcoin”. It remains to be seen if this move will be able to sustain a rally.

After The Bitcoin ETF, Is Ethereum Next In Line?

In addition to the potential lack of sufficient flows to hold BTC’s current levels, operators seem to have price in the Bitcoin ETF approval, QCP Capital added. There have been rumors going around for the past two weeks with the SEC Chair himself Gary Gensler hinting at this positive possibility.

This could contribute with a potential retracement and trigger a “buy the rumor, sell the news event”. In the future, QCP Capital expects an Ethereum ETF with similar characteristics to be approved as the CME offers ETH based products. The firm said:

(…) this also means that until other coins have a futures contract, the US will only be limited to Bitcoin and Ethereum ETFs for the time being.

Other variables might come in to play to change market dynamics: a growth in CME BTC futures trading volume, a focus on other crypto related issues, the firm said, the increase in Bitcoin based instruments to generate yield.

However, one of the most important variables might be the potential decline in the Grayscale Bitcoin Trust (GBTC). A favorite tool amongst institutions to gain BTC exposure, an ETF could render it obsolete. Thus, the crypto market could face some uncertainty.

As seen below, the GBTC has been trading at an important discount since March 2021. QCP Capital added the following:

What could happen for GBTC in the future is a possible takeover and delisting. We are not sure what market impact this might have but it would be worth keeping an eye on what happens with the largest private Bitcoins treasury with 680,000 BTC.