Bitcoin ETF in the US a Matter of When, Not If: Says Grayscale CEO 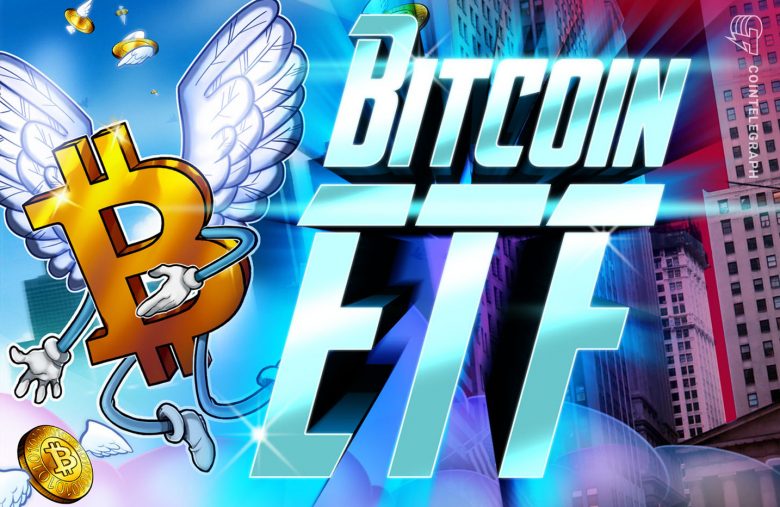 Grayscale is “100% committed” to converting its Bitcoin Trust into a BTC ETF when regulators allow it, confirmed the company’s CEO.

Although the US Securities and Exchange Commission has failed to approve even a single BTC ETF application, the Grayscale CEO believes it’s a matter of “when, not a matter of if.” In a recent interview, Michael Sonnenshein also outlined that the current price correction has allowed long-term investors to accumulate more portions.

BTC ETF: A Matter of When not if

The topic of Bitcoin ETF has surged in popularity lately as Brazil and Canada already have multiple such products available for investors. However, the most significant milestone remains open as the US – the world’s largest economy – is yet to approve its first one.

And, it’s not like there aren’t enough candidates – from VanEck to SkyBridge Capital even to Goldman Sachs – the applicants are filing quite frequently, especially in the last year. Grayscale, the largest digital asset manager, also has intentions to turn its Bitcoin Trust into an exchange-traded fund tracking the performance of the primary cryptocurrency.

The company’s CEO reaffirmed these plans in a recent interview with CNBC’s Squawk Box. He highlighted the recent partnership with BNY Mellon, in which America’s oldest bank agreed to provide GBTC with the necessary fund accounting and administration, as a vital part of the firm’s road to a BTC ETF.

As such, Michael Sonnenshein asserted that Grayscale is “100% committed to converting our flagship product GBTC to an ETF when regulatory approvals are ready.”

On the question of if the industry is still five years away from a Bitcoin ETF in the US, Sonnenshein commented:

BTC Retracements Could be Positive

Grayscale’s CEO also touched upon the recent downtrend in the cryptocurrency market, in which BTC lost more than 50% of its value since the mid-April peak.

He attributed the adverse developments to the Chinese ban on mining to an extent but noted that long-term investors had used this opportunity to accumulate a larger portion on lower prices.

Commenting on BTC’s declining volatility as of late, Sonnenshein also indicated that such investors look at a more macro scale, and smaller movements do not interest them.