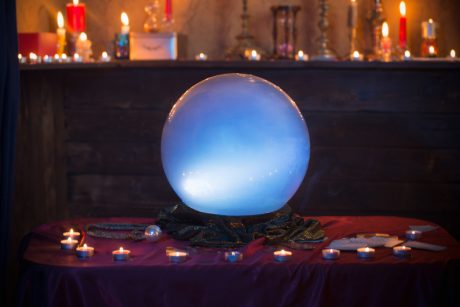 The Chicago Mercantile Exchange more commonly referred to as CME, offers the de-facto futures contracts for Bitcoin since the end of the last bull market. But could the forward-looking price action also offer a potential glimpse into the future of what’s to come?

If this crystal ball works, the last leg up could be about to begin, and it could start with a simple bullish divergence.

Seeing Into Bitcoin’s Future With CME

CME is the top BTC futures exchange for institutional traders, and often a dominant force in the market. So dominant, that if any gaps are left behind over the weekend on the CME chart after the trading desk goes offline, they often get filled within the next week with a high degree of accuracy.

These sort of breakaway gaps are common with speculative assets like Bitcoin and other cryptocurrencies. Not all such gaps eventually get filled, but their importance is undeniable.

Recently, the CME chart has begun to diverge ever so slightly from the price action on spot exchanges, enough to take notice. Just recently, a lack of a momentum crossover on the daily timeframe led to a nasty fakeout while CME was offline. The bullish crossover never existed on CME, so there was less bait for institutions to fall for.

Now, the CME futures platform could be offering a potential future look at the next leg up.

CME is showing a bullish divergence and a potential break of momentum | Source: BTCUSDT on TradingView.com

There is yet another divergence to be seen on the CME BTC futures chart – a bullish divergence on the daily RSI, that closely matches the signal that sent Bitcoin flying last September.

A corresponding downtrend on the LMACD – depicting downward momentum – is waiting to be broken. If a similar breakout of momentum is to follow, the final leg up of the bull market could follow.

This potential bull flag has a target of $82,000 | Source: BTCUSDT on TradingView.com

These signals on their own prove very little, and divergences are only confirmed in hindsight. However, the massive bull flag with a target of $82,000 could eventually act as all the proof necessary.

A breakout of the bull flag pattern still could come with several retests of the top trend line, so more sideways is possible before upside ever materializes. Of course, given how extreme the recent selloff was and the still lingering fear due to Evergrande, the recent bounce might not be as bullish as crypto holders would hope.