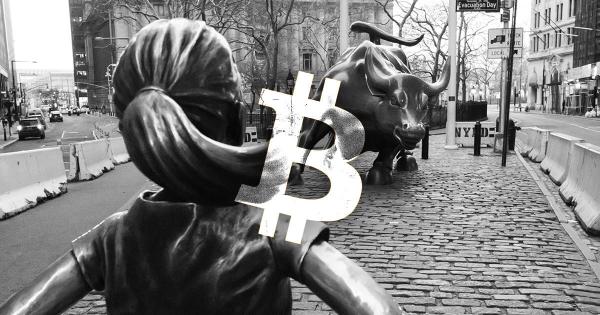 The first US Bitcoin (BTC) exchange-traded fund is rapidly getting close to breaching a limit on the number of futures contracts it is permitted to hold, Bloomberg reported.

After two days of trading, the fund already had more than $1 billion under management, read the report.

The Bitcoin Futures ETF amassed 1,400 November contracts in order to avoid breaching the limit, but judging by the unprecedented early volume, BITO could soon hit the maximum total position of 5,000 contracts.

While limits are being raised at end of October (and our futures expert thinks they will raise if needed again) we still well over a week away. Here's what CME says curr on this via their website: pic.twitter.com/3VYM8W33P0

The launch of competing products, such as Valkyrie’s and VanEck’s Bitcoin Strategy ETFs, could ease the demand for BITO.

One solution to avoid hitting the limit would entail BITO to spread out its holdings into longer-dated contracts, but that poses a risk of further distancing the fund from the performance of Bitcoin.

“The end result is the ETF will start taking on potentially significant tracking error versus the spot price of Bitcoin,” president of advisory firm The ETF Store, Nate Geraci, told Bloomberg.

“The ETF is forced to obtain Bitcoin price exposure at higher and higher prices as it goes further out on the futures curve,” he explained.

Spot-based Bitcoin ETFs to the rescue

“The new ones will have some selling points such as only holding the front month or being cheaper and that will help, but it is nearly impossible to steal volume in the short or medium-term,” he added, arguing that the momentum behind the ProShares fund will be hard to stop.

According to Balchunas, BITO’s success and “the clear issue of the potential capacity of futures“ may prompt the SEC to speed up the approval of Bitcoin spot ETFs.

"may" is key here, but perhaps yes, both the success, general functioning of ETFs and the clear issue of potential capacity of futures may get the SEC to reconsider or work out a path for spot. That would def be easy way to divert shock flow-a-thon away from futures mkt.

“That certainly would do the trick in slowing down BITO and providing a release valve for futures demand,” he added for the report.