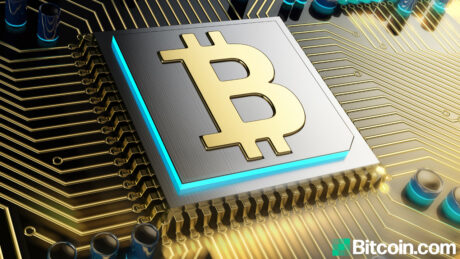 China started to crack down on cryptocurrency, prohibiting financial institutions and payment companies from providing services related to cryptocurrency transactions.

China accounted for roughly 75% of the “average monthly hashrate share,” a term used to calculate the computational power needed to mine Bitcoin.

After Beijing effectively banned the country’s cryptocurrency miners in May, more than half of bitcoin’s hashrate disappeared from the global network. But as of the early months of 2022, Bitcoin mining had fully recovered.

Bitcoin’s mining difficulty is currently at approximately 27.55 trillion, and processing power has been up since the last adjustment.

Bitcoin’s hashrate has climbed by approximately 15% since the difficulty adjustment and by 30% since it reached 169 EH/s two weeks ago.

The network’s processing power is currently around 218.11 EH/s, and it has managed to remain a little over the 200 EH/s mark for the last 10 days.

The Relationship Between Hashrate And Bitcoin

The amount of processing power utilized to validate transactions and add blocks in a Proof-of-work (PoW) blockchain is referred to as the “hashrate.”

Bitcoin, one of the world’s most prominent blockchain networks, is a Proof-of-Work (PoW) blockchain that employs mining to produce new currency and validate transactions.

Hashrate may reflect the number of persons or organizations active in the mining process throughout the globe.

Consequently, as the number of individuals mining bitcoin grows, so does the hashrate.

The hashrate-to-Bitcoin-price link is also precisely proportional. As more individuals purchase and sell Bitcoins in the network, more asset liquidity is needed.

This year, cryptocurrency miners will diversify their income sources and business models.

According to Blockworks, the global hashrate will climb to 327 exahashes per second (EH/s) by the end of 2022, indicating a roughly 60% year-over-year increase.

The Bitcoin Standard Hashrate Token (BTCSHT) aims to increase liquidity in the Bitcoin mining market, allowing anyone to gain access to mining rewards and hash power of any size at a low cost.

It is also an asset protocol that allows Bitcoin hashrate assets to be used in decentralized finance. It provides a solid foundation for building particular DeFi trading, lending, and borrowing protocols.

It also has correlating highs of $14.67 and lows of $14.00 regarding the current mining power and stability of Bitcoin.