Bitcoin is ‘Discounted’ After the Crash and it Could Go to $100K: Bloomberg 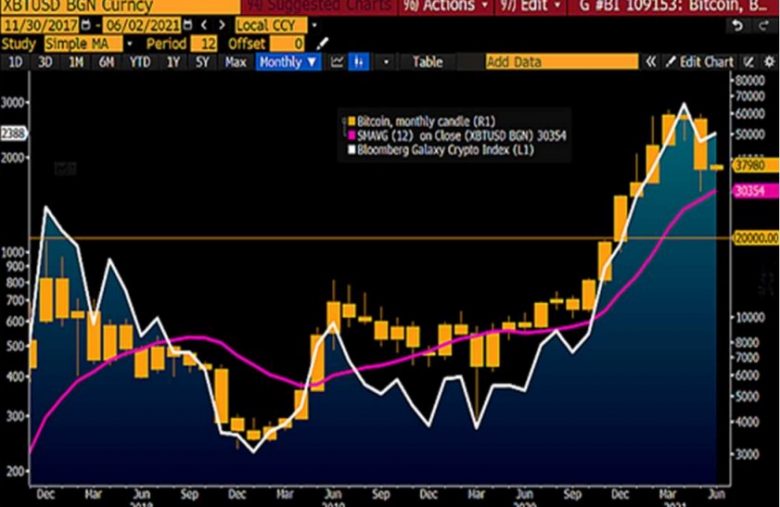 The latest substantial market crash has turned bitcoin into a “discounted and refreshed” asset, argued researchers from Bloomberg. In their most recent paper, they reasoned that BTC might stay in a range between $30,000 and $40,000 for a while, but its ultimate trajectory by the end of the year is towards $100,000.

Bitcoin’s price went through a roller-coaster since its all-time high in mid-April at $65,000. The freefall began in May, perhaps prompted by Elon Musk and accelerated by China FUD and over-leveraged positions. It drove the cryptocurrency down to a three-month low at $30,000.

Despite recovering several thousand dollars since then, bitcoin still struggles as it has failed to overcome $40,000 on several occasions. Bloomberg’s researchers touched upon these adverse developments in the latest paper called “discounted and refreshed” and predicted that the asset will remain between $30,000 and $40,000 in a “nap time” for a while.

However, the analysts believe the cryptocurrency’s bull run in 2021 is far from over. On the question which scenario is more probable – a further decline to $20,000 or a sharp surge towards $100,000, they opined:

“Bitcoin is more likely to resume appreciating toward $100,000 resistance rather than sustaining below $20,000.”

Although Bloomberg’s monthly reports typically focus on bitcoin and its macro situation, the researchers have frequently included Ethereum lately due to the latter’s surge in popularity and USD value since the start of the year.

As previously reported, ETH is among the best performers in 2021 and has turned previous bashers, like Mark Cuban, into supporters. The billionaire recently listed his three reasons why he believes the second-largest digital asset will continue outperforming BTC.

It seems that Bloomberg’s researchers agree to an extent with his narrative. Furthermore, they breached a potential “flippening,” in which ETH will surpass bitcoin as the world’s largest cryptocurrency.

“Emphasizing the benefits of diversification, notably in an asset class as nascent as cryptos, the trend that appears enduring is Ethereum gaining market share vs. Bitcoin. Both have bullish underpinnings, but the foundation and use case of No. 2 is a strong complement to the more macro store-of-value attributes of No. 1.”

They added that ETH’s trading volume has more than doubled since the start of the year and is currently 80% that of BTC’s on average, suggesting that investors are significantly more interactive with it.