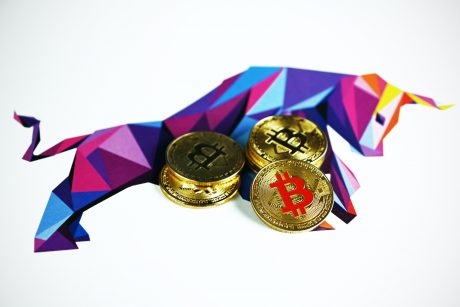 The Bitcoin fund flow ratio for all exchanges is on a decline, while BTC transactions are rising. This could suggest a bull market is ahead.

Bitcoin Fund Flow Ratio For All Exchanges Goes Down

As pointed out by a CryptoQuant post, the BTC fund flow ratio for all exchanges seems to be on a downwards trend. Also, BTC transactions are going up.

Basically, the indicator shows the percentage of BTC that’s involved in exchange-related transactions as compared to the total transactions on the entire network.

With the help of the fund flow ratio, it becomes possible to know what percentage of BTC transactions happen outside exchanges. That is, through methods like over-the-counter (OTC) deals or P2P transfers.

The other relevant metric here is the total tokens transferred. As the name suggests, this indicator shows the total number of BTC that has been transferred on the network in some form.

Now, here is a chart that shows the trend in both the BTC fund flow ratio and total tokens transferred:

As the chart shows, the BTC fund flow seems to be going down, while the tokens transferred metric is going up.

What this means is that while exchanges getting fewer transactions usually signals low volatility, the total transactions are also going up across the board. This would suggest that OTC deals are shooting through the roof (and thus occupying a relatively higher percentage), rather than a drop in the volatility itself.

The combination of these indicators behaving like this is usually a bullish sign. During the August of last year, before the bull run started, similar signals were present.

Below is a chart that shows the trend in the price of the crypto over the last 3 months:

Bitcoin seems to have caught a sharp uptrend as the crypto nears $43k. It’s unclear if BTC can continue the rally and go beyond this point, or whether it will crash again like at the start of the month. If the indicators discussed above are anything to go by, a bull run looks more likely at the moment.