Bitcoin Price Plunges Below $30K! A Bear Market Validated? Here are the Next Support levels 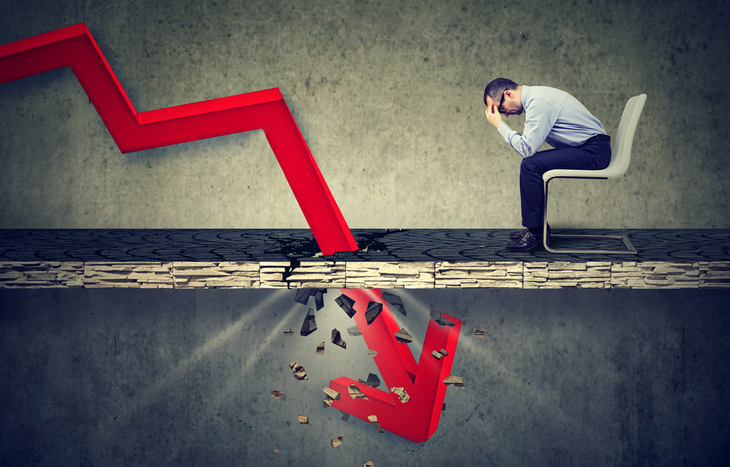 Bitcoin Price fell below $30,000, slipping below a four-week trading range and likely pointing to further price falls for the flagship crypto. BTC is currently trading at $29,829 down by 6.4% in the last 24 hours.

A continuation in the downtrend can be expected, as BTC has broken out of the descending triangle pattern. The next key support levels for BTC if it breaks below the present levels are $26,500, $23,300, and $18,800.

The last time Bitcoin broke below the $30000  mark was on June 22, when BTC traded at $29700 before an eventual retracement. This plunge was detrimental to the People’s Bank of China ordered the country’s major financial institutions to stop facilitating crypto transactions.

The current price decline, on the other hand, is the result of a long period of consolidation and eventual breaking out of the descending triangle formation.

Supporting the bearish narrative for BTC is the Miners to Exchange flow. The charts depict that over the weekend, all miners to all exchanges flow mean has hit the highest point since November 2020.

The average number of bitcoins transferred to the exchange by miners in the last month has seen multiple small peaks, more than 60 bitcoins occurring 6 times, July 17 was 98.6171 and this is the maximum since November 3, 2020. pic.twitter.com/RjgDyIGplr

Crypto Journalist Colin Wu in his tweet has pointed out that, the past month has also seen other smaller peaks with the average Bitcoin transferred being more than 60 BTC. The peak this Saturday was almost 100 coins big.

This spike indicates that Miners are selling their BTC tokens exchanges for selling them. Because the volumes involved are so high, selling pressure from miners has the potential to affect the entire market.

Hence, this can be a bearish signal for BTC. However, this does not explicitly mean the prices will go down for sure.

Now that the Bitcoin market is in the dumps, the interest in BTC by institutional investors seems to be fading.

Looking at the market price of GBTC, which continues to trade at a -11.0 percent to -15.3 percent discount, or the net inflows to the Purpose ETF, which have slowed dramatically, provides signs of the fall in interest. According to Glassnode data, the ETF experienced a net outflow of -90.76 BTC, the biggest since mid-May.

The market sentiment for Bitcoin is pretty and bearish and the price action is also disappointing. A further decline in prices from here looks like a clear possibility.