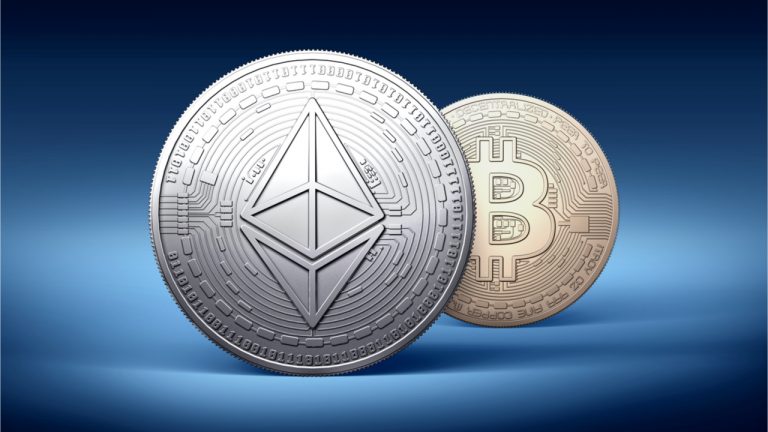 Bitcoin and a number of popular digital assets have been dropping in value over the past 24 hours, as bitcoin has slipped below the $33K handle. The entire market capitalization of all 10,000+ crypto assets in existence has shed billions during the overnight trading sessions, and the crypto economy currently rests at $1.38 trillion, down more than 6% since yesterday.

Traders are focused on what will happen next in the land of crypto markets, as prices have started to dip after a long period of consolidation. At 7:00 a.m. (EDT), the price of bitcoin (BTC) slid to a low of $32,100 per unit but has regained some of the losses. 24-hour statistics show BTC has lost 6.4% during the last 24 hours and 2.87% during the last seven days.

BTC is 49.64% down from the all-time high it captured three months ago. Meanwhile, bitcoin dominance has dropped to 44.3% and ethereum (ETH) dominance has climbed higher in recent times (18.3%). BTC is currently trading for $32,518 per unit at the time of writing.

Ethereum holds the second largest position on Thursday, in terms of market capitalization with $251 billion. ETH has slid over 9% today but across the last week, ETH is up a touch over 2%. At press time, ether is swapping for $2,155 per unit and has close to $8 billion in 24-hour global trade volume.

Out of the entire top ten list of crypto coins, cardano (ADA) has managed to hold back losses. ADA has shed 5% today but the crypto asset is up over 3% over the course of the trailing seven days. The biggest gainer on Thursday is hyperion (HYN) which is up over 73% and the biggest loser is the tokenstars token TEAM which is down 53% in the last 24 hours.

In a markets update note, Alex Kuptsikevich, the Fxpro senior financial analyst explained that “bitcoin is at dangerously low levels.” Kuptsikevich said that there’s been a summer lull in crypto markets lately, but it may just be “the calm before the storm.”

“Over the past 24 hours, Bitcoin has lost 7% and is trading around $32.3K,” Kuptsikevich said. “The price dynamic of the first cryptocurrency with seriously reduced trading volumes is considered a worrying sign. After all, if the market is affected by a small number of open positions, then any small storm could turn into a large-scale sell-off, disrupting an avalanche of stop orders. The current levels near the local lows of the last two months make us watch with bated breath for further movements.” Kuptsikevich continued:

The decline of the first cryptocurrency under $30k is likely to trigger a new wave of liquidation. But the most alarming thing for crypto-enthusiasts is that such an outcome will underscore the prolonged nature of the correction, increasing speculation around a new ‘crypto winter’ like in 2018.

Kuptsikevich said that whether or not a ‘crypto winter’ comes to fruition, we will find out soon enough. Even though BTC is resting at dangerous levels, ether is at “a quite comfortable level.” “The project is consistently moving along the roadmap of the transition to PoS. The developers have the confidence of market participants, and Goldman Sachs recently called ethereum more promising than bitcoin,” the market analyst added.