Bitcoin Stock-to-Flow (S2F) Model: What You Need to Know 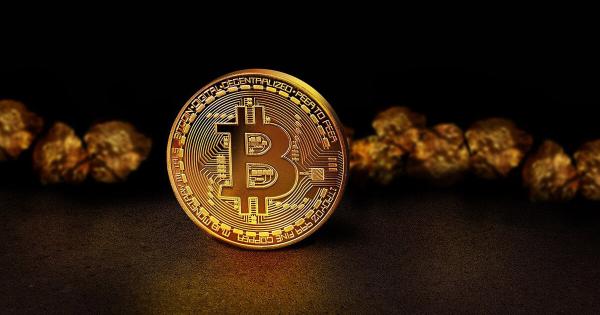 The Stock-to-Flow (S2F) model has become a popular one within the cryptocurrency industry and is commonly used to speculate on Bitcoin’s possible future price. In this guide, we’ll explain in detail what S2F is, who created it, how it applies to different types of assets, and its pros and cons.

What is the Stock-to-Flow Model (S2F)?
Understanding the Bitcoin S2F Model
Applying the S2F to Bitcoin (BTC)
Critics to the S2F Model
Problems and Limitations With the S2F
The Floor Model
S2F Current Predictions

What is the Stock-to-Flow Model (S2F)?

The S2F is a model that predicts an asset’s possible future price by quantifying its scarcity.

This was originally applied to precious metals such as gold and silver, but its principles were applied to Bitcoin’s intricacies by the popular trader who goes by the Twitter handle PlanB, who has since been credited as the creator of Bitcoin’s stock-to-flow model.

PlanB is supposedly a former Dutch Institutional trader with over 20 years of experience in the field of finance.

To understand how the BTC S2F works, we would first have to take a glimpse at the notion of scarcity and value, starting with fiat currency.

Central local banks, like the US Federal Reserve, have control of the issuance and distribution of a country’s fiat currency. The idea of money printing should focus on replacing damaged bills and ensuring there’s enough liquidity (circulating money) so merchants and businesses can perform economic transactions.

However, printing money excessively for long periods can lead to increased inflation as the paper money loses its value and generates a distortion in the pricing of goods and services. We’ve already seen examples of this in countries like Venezuela, Zimbabwe, and other places around the world.

Unlike fiat currency, gold, silver, Bitcoin, and other scarce assets are very difficult to produce, can’t be easily faked, and have a fixed supply.

PlanB relies on an interesting concept coined by computer scientist Nick Szabo in The Origins of Money: “unforgeable costliness” – as the name suggests, it refers to the difficulty of producing a certain asset, such as precious metals and collectibles.

PlanB adds that most consumable goods (computer disks, soda drinks, cartridges, etc) are easier to produce, and the rate of production can be doubled.

But Bitcoin and gold, for example, have unforgeable costliness because it’s simply very difficult to produce: mining BTC requires a serious amount of processing power which consumes a lot of electricity – mining gold is also hard and expensive – when a mine’s reserve gets low, the only thing left to scoop up and process is low-grade material.

Bitcoin is not an inflationary asset by design. There will only ever be 21 million Bitcoins, and what made BTC valuable for investors and retail traders is its scarcity in contrast to fiat money, which can be printed in excess and at will by central banks. While BTC doesn’t perform really well as a medium of exchange like paper money, it has become a valuable store of value — just like precious metals like gold — for investors looking to protect their wealth from fiat hyperinflation.

Now that we have a broader idea of the concept behind it let’s see how we can apply it to Bitcoin and other assets.

Applying the S2F to Bitcoin (BTC)

Stock is the number of existing stockpiles or reserves, and flow refers to the rate of production on a yearly basis.

To calculate the BTC S2F, you grab the number of existing Bitcoin (Stock) and divide them by the annual flow of production (Flow).

The current BTC supply is approximately 19M (which is roughly 90% of the BTC ever to be minted) with an annual flow of 328,500 BTC, according to current block reward size. If we apply these values to the S2F formula, it will give us an SF ratio of 57.712. This means it will take 57 years to mine the total BTC supply, leaving aside the maximum supply and halvings.

Gold, on the other hand, has a S2F ratio of 62. Technological advancements in the gold mining field have caused an increase and decrease in production rate over time.

Bitcoin has a systematic schedule. BTC blocks are created every 10 minutes on average. Each time a block is mined, the miner receives BTC as reward. This reward is new BTC.

But to keep its scarce nature, when the Bitcoin blockchain reaches 210,000 mined blocks, a halving occurs. Halving is when the rate of new bitcoins entering in circulation is cut by half, increasing the scarcity. The next halving is scheduled for 2024, so BTC’s S2F ratio would increase to 124.

Both S2F and logarithmic regression point to $100K in 2023. pic.twitter.com/NHqoRpEmUl

Critics to the S2F Model

Some people support the S2F model, some people don’t — and others have taken a hard stance against it. The model has had many detractors, including Ethereum co-founder Vitalik Buterin. While he disagrees with it, he also said: “that price spikes not having a coherent correlation with halvings is not sufficient to disprove S2F.”

Others have been sharper with their criticism. Nico Cordeiro, Chief Investment Officer at crypto quant fund Strix Leviathan, called the S2F model a “chameleon,” a term coined by Stanford professor Paul Pleifderer to describe models built upon “dubious assumptions.”

“The S2F is based on the assertion that the USD market capitalization of a monetary good (e.g. gold and silver) is derived directly from their rate of new supply,” said Cordeiro, adding that there’s no evidence to support this model.

Problems and Limitations With the S2F

While the S2F model has been widely adopted by some in the crypto community and applied to other markets, its methodology is limited to forecasting an asset’s future price. First, the SF ratio doesn’t consider other important factors like demand or volatility, which can significantly affect an asset’s price.

BTC and the crypto market is still susceptible to large price swings due to regulatory crackdowns from governments seeking to halt cryptocurrency trading, or whales (wallet addresses with vast amounts of funds) liquidating their positions in crypto exchanges, just to name a few scenarios.

There’s another type of S2F model, called the “Floor Model,” which is based on various technical tools such as the 200-day moving average. PlanB used it to predict closing prices throughout 2021, only accerting August’s price: $47k and September at $43k.

PlanB then went on to predict November’s closing of nearly 100k, but this was proven wrong as the closing price was way below $60k. This was the first miss of the Floor Model, he admitted, but said the S2F is “still valid.”

Both S2F and logarithmic regression point to $100K in 2023. pic.twitter.com/NHqoRpEmUl

His new prediction unleashed a war in the crypto Twitter community. Despite the model’s recent failures, its supporters claim that the next halving — scheduled for 2024 — would theoretically increase BTC’s price due to the reduction in the supply, so the S2F still “has time to be right.” This, of course, doesn’t consider other important factors that could affect BTC’s price in the run, like demand.

PlanB maintained that the target for 2021 was $100k, and the same is for 2022 and 2023. However, BTC’s price data has been below the model line since the last halving in 2020. To this regard, he said the model would need to be refitted to the new lower data or wait until the end of the current cycle.

The S2F formula and its variant, the Floor Model, has been long debated since it was adopted by the crypto community. Some of PlanB’s predictions for BTC were spot on throughout 2021, but others failed consistently too.

As you see, the community is divided on whether or not the S2F ratio is a reliable metric when investing in crypto. Some believe in it just because it measures the current production flow and the current circulating supply and, in theory, the more a cryptocurrency’s S2F increases, so should its value.

In light of the above, using the S2F formula to invest in Bitcoin solely because a scarcer supply would theoretically boost the price is not the most advisable thing to do. Other considerations such as demand, harsh or accepting regulatory climate, overall geopolitical environment, and so forth – also need to be taken into account.