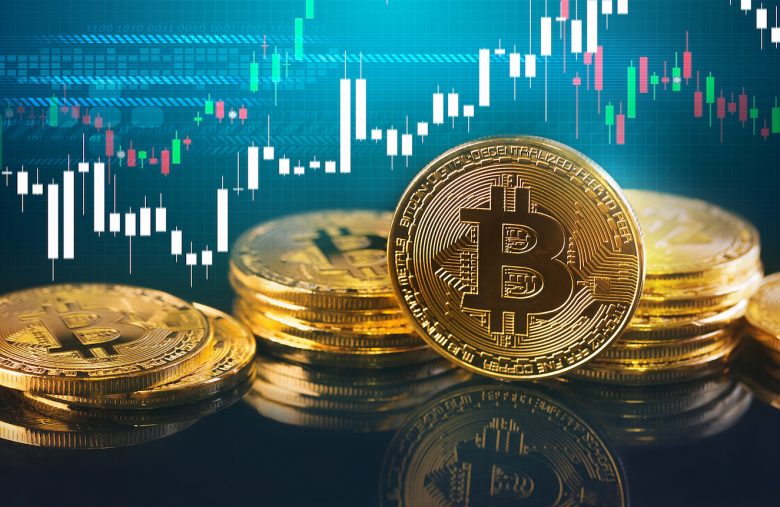 Bitcoin prices dragged lower in the early Wednesday session by daytraders who decided to secure profits following its rally earlier this week.

The flagship cryptocurrency surged to a two-week high above $55,000 as of 01:00 UTC, up 13.24 percent from its week-to-date low of $49,238. Traders increased their bids on BTC/USD after the Chinese beauty app Meitu purchased $17.5 million worth of Bitcoin. 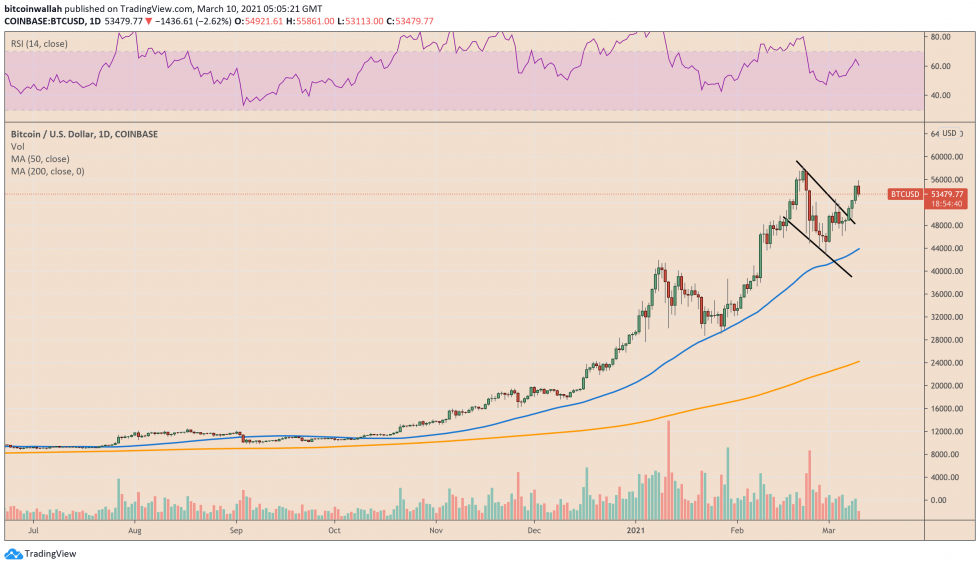 Bitcoin is breaking out of a bullish continuation pattern. Source: BTCUSD on TradingView.com

Their upside sentiment strengthened further after Norwegian holding company Aker ASA also announced that it had bought 1,170 BTC as reserves for its new cryptocurrency venture, titled “Seetee AS.”

On Wednesday morning, the BTC/USD exchange rate reached $55,861 on US-based crypto exchange Coinbase. A selloff later brought the pair lower to $53,113. But as per leading analysts in the sector, the cryptocurrency has more room to grow as it eyes a retest of its record high above $58,000.

Market analyst Nico expects Bitcoin to retest its technical support level near $52,000 before the cryptocurrency resumes its moves upward. He advised traders to open new long entries—purchasing Bitcoin at its local dips with anticipations that its value increases.

“Don’t expect much further downside on the way toward new all-time highs,” the analyst said. “Embrace the dip and long your longs.”

Jonny Moe showed caution. The independent chartist noted that Bitcoin could very well consolidate sideways following its recent upside move. Nevertheless, he anticipated a low probability that the cryptocurrency dumps lower, noting that he would rather bet on an all-time high formation.

“It’s certainly possible BTC just carries on to new all-time highs, but I think it’s just as likely we bounce off and consolidate further,” said Mr. Moe. “And if you want to take 50/50 chances, you might as well go visit the roulette wheel. I would prefer to long new highs than long here.”

Tailwinds to bullish theories seem to be appearing rather from macroeconomic factors. Bitcoin’s climb this week also coincided with a cooling-off period in the US government bonds market. The US Treasury 10-year note’s yield slipped to 1.545 percent on Tuesday after closing the previous session at 1.594 percent, the highest level in more than a year.

Mainstream analysts expect the choppiness to continue further amid higher growth prospects for the US economy. In turn, the US dollar could continue heading upward, which should not sit well with Bitcoin in the short-term. The greenback has surged almost 2 percent against the basket of foreign currencies.