Bitcoin Versus Equities? How BTC Could Reverse 50% Correction In Coming Months 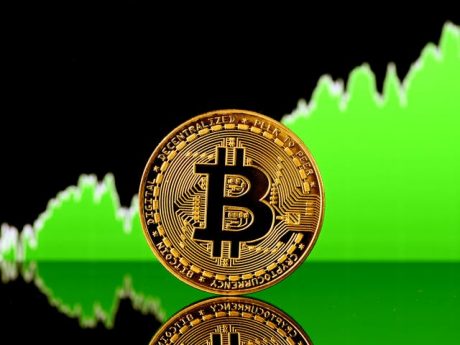 BTC after rejection in the daily chart. Source: BTCUSD Tradingview

The price action of the last days has investors shifting from extreme fear to extreme bullishness. There seems to be no middle ground, as Bitcoin price extends its crab-like price action.

However, BTC has recently tested critical support on several occasions and must consolidate a stronger push beyond $35,500, $37,000, and $40,000, to clear out the bears. Economist and trader Michaël van de Poppe claims that BTC has held support in higher timeframes.

This is positive for the coming month’s performance. However, it could take a long before the market sees new highs. In the meantime, van de Poppe expects a long accumulation phase and possible a revisit of the higher lows at $30,300, and $28,800.

The macro-environment is key to understand Bitcoin’s current price action, the market has experienced a dropped in buying volume as investors could be focused on equities. Senior Commodity Strategist for Bloomberg Intelligence Mike McGlone expects a reversal in this trend for the remaining two quarters of 2021.

The potential for a little reversion in the S&P 500 from the most stretched above its 50-week moving average in over a decade may be a primary source of buoyancy for bond prices, gold and Bitcoin in 2H.

McGlone indicated that the stock index has been trading at around 15% above its annual mean. Meanwhile, BTC has been “hovering” at a similar relative value threshold. Thus, the analyst said that a “minor” catalyst could be more than enough for the cryptocurrency to resume its rally into uncharted territory.

Additionally, Bitcoin could benefit as commodities reach a peak in its price and U.S. Treasury long bonds stay below the 2% threshold set by the Federal Reserve. An opposite scenario, McGlone said, could see the stock market and bond yields rising operating as pressure points for BTC performance.

Unlike previous months, BTC and the crypto market could see lower inflation as the Dogecoin mania mitigates, the analyst said. Similarly, the FUD generated from various sources in May and June could prove to become future price drivers. McGlone said:

China’s pushback, the delay of the approval of U.S. exchange-traded funds and misplaced issues of Bitcoins’ ESG standing are shorter-term price headwinds that we see transitioning into longer-term tailwinds.

Similarly, equities performance could present a risk for Bitcoin. The benchmark cryptocurrency has been highly correlated with the stock market since the start of the Covid-19 pandemic around March 2020. This phenomenon could affect BTC’s price, but that could turn into a bullish factor in the long term.

(…) initial headwinds for the broader crypto market may translate to more enduring support for Bitcoin, notably as the rising equity prices seem to be a final pillar holding up U.S Treasury yields.