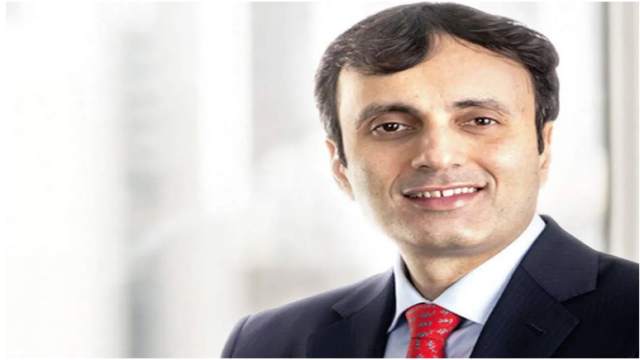 Bitcoin will weather the ongoing crypto storm and come out stronger, a top crypto expert predicts.

Ruchir Sharma, the chairman of investment management company Rockefeller International, has never had any doubts about the potential of bitcoin, not only as a hedge against inflation, but as a viable store of value.

The bitcoin bull Sharma, an investor and author of four books, believes the crypto will make a “comeback” akin to that of e-commerce giant Amazon, whose value was nearly wiped out during the dot-com crash of the early 2000s, but recovered and rose more than 300 times over the next two decades.

The former emerging markets investor and top strategist at Morgan Stanley indicated that U.S. central bank policies are detrimental to Bitcoin and cryptocurrencies in general, but that the current slump is part of cryptocurrencies’ overall positive trend.

BTC Up In The Last 7 Days

As of this writing, BTC is trading at $20,532, an increase of 6.5% in the last seven days, according to data published by Coingecko on Monday. On the weekly chart, BTC price performance is nearly on track for its largest climb since March, but anything could occur before the closing, analysts said.

The BTC price exhibits an intriguing view that could aid swing traders and long-term investors in taking strategic choices. A retracement followed by a rebound from a major area might spark a bullish surge in BTC.

Sharma anticipates the decline to persist in the foreseeable future, despite his optimistic outlook for the leading cryptocurrency. He joins a stream of notable figures who are optimistic about Bitcoin’s growth.

Crypto Predicted To Compete With US Dollar

The crypto proponent advocated for a monetary system independent of the U.S. dollar. According to the prominent entrepreneur, there is currently no currency that can replace the dollar, but in the future, bitcoin could be a major contender in the broader financial markets.

In a previous article, Sharma cautioned that governments will fail at controlling cryptocurrencies. He asserted that one of the government’s strategies for regulating the crypto is through the massive creation of money, a policy that is unsustainable.

“We need the excess to get weeded out then we can see the emergence of Bitcoin and cryptocurrencies as a stable asset. But now it is caught up in this speculative frenzy. It’s just a matter of time.”

Meanwhile, Sharma agreed that the current ascent of cryptocurrencies has been a bubble, and that Bitcoin will endure after it pops. He was optimistic about the future of the world’s largest crypto asset as it navigates the choppy waters of the current bear market.