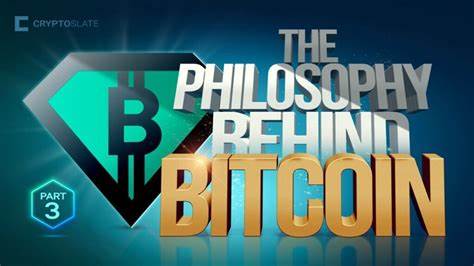 This week Cryptonites rolled out Part 3 of the edutainment channel’s documentary that explores the social impact, technology, and economics of Bitcoin.

In the final chapter of Cryptonites three-part documentary, some of the most prominent figures in the crypto space, including Andreas Antonopoulos, Levina Osbourne, Joel Dietz, Roger Huang, and many others dive into the social implications of Bitcoin and its disruptive and empowering technology.

This concluding part of the documentary clarifies what experts mean when they say that Bitcoin is creating a new global economy, and more importantly, discusses all the reasons why one should care, so don’t miss it!

Here are some of the more interesting quotes from the short-film.

Open to everyone, controlled by no one

“The trackability, the transparency, which is so important to me, and the traceability of not just Bitcoin, but of blockchain–it made me think about all the different ways people can use it–to create wealth, and also financial inclusion. The other key thing–with blockchain you don’t have to ask permission. That, for me, was so powerful–as a premise, as an idea. I don’t have to ask permission to come into the space–there is no barrier to entry. The only barrier to entry is me, and I love that–because as women–how many times do we need to ask permission,” explained Lavinia Osbourne, founder of Women in Blockchain Talks.

“There are no gatekeepers–in the sense of hard gatekeepers–no one can stop you from participating, no one can stop you from running a node, no one can stop you from paying someone in Bitcoin, or receiving something in Bitcoin, or being part of the community, or creating tutorials, and in fact, that behavior is often times encouraged. That to me is a very powerful concept, because to me, one of the most fascinating parts of decentralization is what it means when you get rid of the hard gatekeepers–the people who say you can’t participate in this political or economic system because of where you are born or arbitrary factor ‘x’ or arbitrary factor ‘y’,” commented Forbes contributor Roger Huang.

Revolutionary technology that can change the world

“Bitcoin is not just a minor incremental change, it’s not a payment network. Bitcoin is one of the most fundamental transformations of the basis of money. What is money? Because that becomes the center of the conversation when you talk about Bitcoin–you realize that the vast majority of people don’t know what money is,” said Andreas Antonopoulos, expert in Bitcoin and open blockchains.

“Back when we first were getting involved in crypto, the reason we wanted to was because we thought we could help governance evolve. Some of the primitives and thinking about governance was very baked in, you know, whatever 18th century mentality of what the rule of law looks like. And we progressed a couple of centuries, and so, I figure out–how can we evolve both our consciousness and the actual structures that we use globally and locally,” commented MetaMask founder Joel Dietz.