Blockchain trends for 2023 by Forkast: What could end the crypto winter?  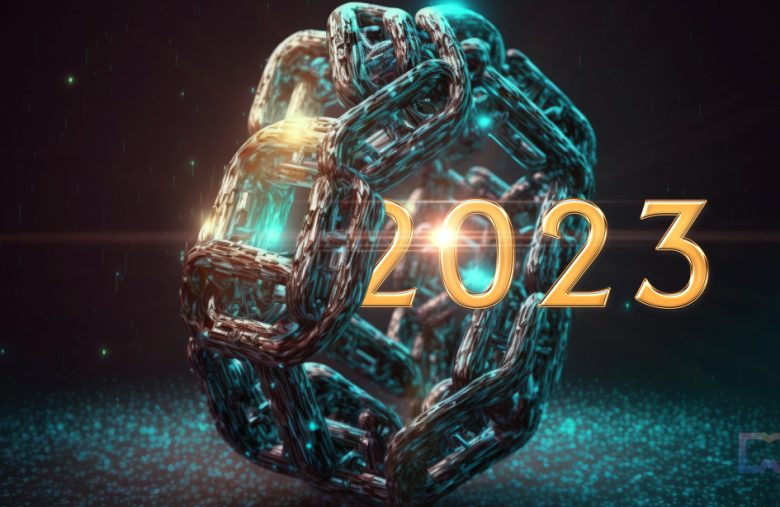 This year has been difficult for the blockchain industry, with price crashes and grand collapses, such as the Terra-LUNA crash and bankruptcies of crypto exchange FTX, hedge fund 3AC, and lending company Celsius. During the last days of 2022, one of the top cryptocurrencies, Solana, fell below $10, reaching an almost two-year low. While 2021 was a year full of all-time highs, 2022 was the opposite. Will 2023 bring more hope to the crypto world?

Forkast spoke to blockchain industry experts to discover blockchain trends for 2023 and the technology’s potential for the upcoming years.

Experts said that traditional companies adopting Web3 have contributed to the industry’s growth. 2022 saw many web2 companies turning to web3 for innovation and new opportunities. It’s likely 2023 will bring more traditional names into the space.

“The key to the next ‘crypto summer’ will be mass adoption of Web3 elements by traditional Web2 companies. As this transition accelerates, more attention will be spent on designing interfaces and experiences that are more intuitive for the average user,”

Alex Onufriychuk, the head of growth at Corite, told Forkast.

“We see a trend in this direction, as well as some ‘best practice’ inheritance from Web2 services. The ability to combine what people used to do with something new is what will define future blockchain trends.”

Slava Demchuk, the CEO of AMLBot and PureFi, believes that financial institutions could become more active in adopting DeFi protocols to provide customers with “a more attractive and trustless alternative to current financial services.”

Gaming is at the core of crypto adoption

Some sources have stated that the most advanced technology (metaverse and VR) will first become mainstream in gaming. Blockchain gaming has also been the most popular sector in web3 in 2022, so the trend is likely to continue through 2023. The reports indicated that blockchain gaming would grow most rapidly in Asia Pacific, eventually reaching North America. Meanwhile, Polygon could become the top blockchain for games in 2023.

“Gaming will be a major driver [of mass adoption], and more generally, blockchain culture as represented by NFTs of various kinds,”

Siu added that a big wave of high-quality games has been emerging in the market, which could result in mainstream adoption in 2023 or over 2024. This could bring hundreds of millions of users into the web3 space.

“Gamers are already familiar with many online transactions using digital currencies which prepares them very well to participate in blockchain-based games and since the market is already so large – with over 2.5 billion video game players – the potential for growth in blockchain gaming is very promising,”

said Saro McKenna, CEO of Alien Worlds, adding that despite crypto winter, the metaverse and blockchain gaming will witness an increasing number of users.

DAOs could become the most important trend of 2023

Decentralized autonomous organizations (DAOs) have the potential to change the way users interact in the digital space. A DAO is run by a set of rules encoded on the blockchain, not by people, which makes DAOs transparent and permissionless.

“In 2023, new models of governance and collective financial management will be the focus, as DAOs offer a way to address current issues of centralization and lack of transparency in the cryptocurrency industry. Companies will be drawn to DAOs for their improved accountability and transparency,”

NFTs will make progress in 2023

NFTs have experienced a lot of ups and downs this year, but due to the fall in cryptocurrency prices, the value of digital collectibles also slumped. But in 2023, we will see additional use cases for NFTs and more companies experimenting with the technologies.

NFTs will see different kinds of applications, and the misconception that digital assets are merely pictures with a value that hopefully grows over time, will be reduced. Instead of being speculative assets, NFTs will be “the Lego blocks that will become the next version of the decentralized internet,”

Wasinger from CryptoSlam believes next year will bring more revenue streams for NFT creators besides royalties on secondary sales.

Sokolin commented that as digital economies emerge, NFTs continue to evolve: “Tokens will evolve from being flat digital goods to much more interactive, customized, and intelligent digital on-chain agents.”

“We should expect some big names from multiple industries joining in this movement in the next couple of years. For example, mainstream social media platforms and AAA game studios are already experimenting with the use of NFTs,”

Next year might be promising for the blockchain industry, but predictions vary. For instance, the Coinbase report from mid-November stated that crypto winter could last the entire year of 2023.