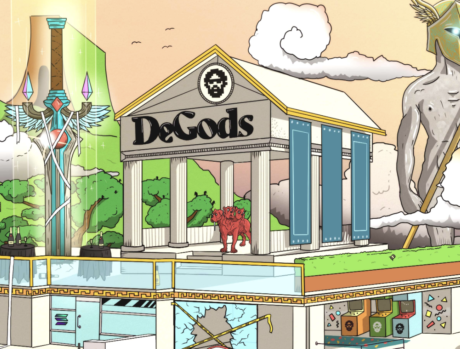 In our latest installment of ‘Blue Chip NFTs 101,’ we’re taking a dive into non-Ethereum chain NFTs; we’ll be working our way through top 10 blockchains and their biggest NFT projects, all while still highlighting major noteworthy projects that are on Ethereum.

In our first piece in the series, we covered the remarkable rise of ‘Moonbirds,’ the latest NFT project that has seemingly skyrocketed to blue chip status practically overnight. Let’s take a look at

Solana has had it’s fair share of critics in recent years – the chain has had periods of intermittent downtime, and it is often criticized as carrying more centralized qualities relative to comparable and competing chains. The objective of this write-up isn’t to evaluate the nature of the chain, but rather to hone in on one of the biggest NFT projects in the ecosystem. We’ll leave a deep dive of Solana’s blockchain structure for another day, because one thing leaves little questioning – Solana was an early mover in being an Ethereum competitor that offered an NFT ecosystem with affordable gas prices.

At current standing, the hot trending topic in Solana NFTs is undoubtedly Okay Bears – a newer PFP NFT project that has gained traction as the Solana ecosystem has grown.

DeGods have far and away the highest floor price in the Solana NFT ecosystem, consistently commanding north of 200 SOL while routinely maintaining a top 5 position in daily volume. The 10,000 mint project has a market cap that encompasses nearly 20% of the total Solana NFT market cap, according to data from Solana NFT aggregator Hyperspace.

DeGods has a bit more of a ‘legacy’ standing in the Solana ecosystem, but as with any early mover, it can be difficult to maintain the standing as challengers emerge. The biggest challenger in recent weeks has undoubtedly been Okay Bears, which have been the face of Solana on communities like NFT Twitter, and has blown away Solana volume over the past week with over $40M worth of Okay Bears being bought and sold. DeGods certainly have a higher ceiling, but having less than 10% of that volume over the same timeframe suggests that Okay Bears could be gunning for the top spot as the Solana landscape continues to grow.

What is DeGods doing to cement it’s positioning as a Solana ‘blue chip’? It’s easier said than done, but the DeGods community recently made a splash and made some headlines by dishing out roughly $625,000 for a team acquisition in Ice Cube’s ‘BIG3’ basketball league. The league brings 3×3 half-court basketball with a twist, and has consistently hosted ex-NBA athletes and ex-college stars (some of which have even returned to the NBA floor after appearing for the BIG3, a la Joe Johnson).

DeGods purchased 25 NFTs of the BIG3’s ‘Killer 3s’ team at $25,000 a piece, in a decision made by the NFT community’s DAO late last month. Almost equally impactful could be the moves that follow suit. Announced over the weekend was a similar move from music mogul (and well-known crypto fan) Snoop Dogg, who teamed up with PayPal co-founder Ken Howery to purchase 25 NFTs of their own, this team for the league team ‘Bivouac.’ This sponsorship model from the BIG3 is especially unique, and the league has opened up it’s own Ownership Model Twitter page, as well as a dedicated whitepaper outlining how the sponsorship model operates. Crypto and blockchain technology is running rampant through the BIG3 and DeGods can safely consider themselves ‘early.’

There’s plenty more on the horizon for DeGods as well. In a recent ‘State of the Union‘ address, the team addressed a native token (and some of the comments of skepticism around it), events, and a dedicated clip around the logic behind the DAO purchasing the BIG3 team.

Little is certain in the NFT landscape, but DeGods is seemingly well-positioned to be a Solana staple with it’s current engaged community and active, aggressive approach.