BUGG INU – A Unique Model for the Future of Finance 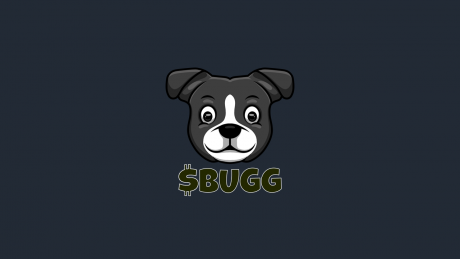 About a decade ago, no one knew what DeFi was. More so, a good number of mortals did not envisage a $1 trillion market capitalization for the crypto space. Today though, a lot has changed and decentralized finance seems to be the future of finance.

While there are many decentralized crypto projects in the space, BUGG seems to stand out because of the unique innovations it wishes to introduce to the crypto and DeFi space.

Bugg Inu was created on the 29th of May, 2021 and the project seems to be the fastest-growing project of its kind. Bugg aims at bringing popular cryptocurrency concepts to the mainstream.

Bugg is a decentralized autonomous yield generation protocol. This implies that the model allows its users to earn its native token automatically.

The native token of the project is $BUGG. Each time a transaction is done, whether the token is bought or sold, 2% of the transaction fee is distributed to every holder of the token. This model is by far more beneficial than that of the traditional finance system.

Banks for instance may decide to give a certain percentage of interest to its users after a certain period. However, this interest is usually minute and is usually fixed no matter how many transactions occur.

The Bugg protocol on the other hand will grant more rewards to its holders if more transactions occur on the protocol. This extra passive income earned by users can be tracked via the user’s wallet balance, the price of the token and more.

To reduce supply and create scarcity of the token, Bugg burned 50% of its total supply. Additionally, another half of the redistribution fee will be burned to deflate the token. This burning mechanism will drive the value of the token up in the long run.

The gas cost of Bugg transactions is about 20% cheaper than regular ETH fees.  The Bugg swap is powered by the version 2 Uniswap. It supports the swapping of all ERC20 pairs with each other on the network rather than just one ERC20 pair against ETH.

The BUGG app has not yet been released at this time. However, the team is working hard to ensure that the app will be launched soon on Google PlayStore as well as Apple Store. The app will support inter-payment between Bitcoin, Ethereum, Litecoin, Dogecoin and the BUGG token. Other coins may be added in due time to improve the user experience.

A unique feature of the Bugg app as a payment platform is its ability to support offline payments. Users who dwell in rural areas or locations with a poor internet connection will have no issues using the app to make payments as it also has an offline feature.

The offline feature can be used if the user stakes 10%-20% of their assets. The staked tokens can then be used to make payments in offline mode. To achieve this, however, the sender and the receiver will need to connect with each other on the app.

The use of fiat or physical cash keeps declining as each day passes by. The Bugg team envisions a world of finance where users will be able to seamlessly transact with each other and make payments digitally. The offline payment feature on the Bugg app will serve as a step in the right direction to achieve this.

Decentralisation, transparency and trust are some core values of BUGG. The project is growing rapidly and currently has a strong team and community supporting its goals. The project’s road map is distinct and with the problems it solves in decentralized finance, mass adoption of BUGG is almost inevitable.