Bullish AF: Bitcoin At $42K, Comparing Today’s Leverage With That Of February 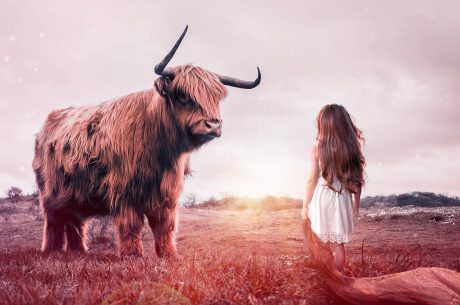 Bitcoin reached $42K before, but not with these characteristics. The market seems healthy and practically unleveraged. Greed is just showing its face after months of Fear. How did we get here? Calmly and consistently stacking sats, that’s how. What does this mean for the future of BTC’s price? Is the rocket about to take off?

Before going into that, let’s look at the chart from Bitcoin Magazine’s Dylan LeClair. It gives the US Central Bank balance sheet a run for its money as the most bullish Bitcoin chart.

Leverage the first time we hit 42k $BTC in February compared to now.

This is all spot driven. pic.twitter.com/QjtJ0zWSgj

The difference is astonishing. In February, Bitcoin got here by borrowing money from exchanges. The futures market was on fire and growing. The bloodbath was a month away.  Nowadays, leverage is just raising its head after a few months in the red. The casino is almost empty. Real money drove the climb back from hell. Gradually, step by step.

Does this mean we’re up for a sudden blast into space?

If Not From Leverage, Where Is The Money Coming From?

Some institutions are probably buying. Chances are we’ll see Bitcoin holdings declared next quarter. However, according to on-chain analyst Will Clemente, there’s evidence that real, everyday people, are constantly joining the network. And those new Bitcoiners are joining an army of believers that never stop buying.

Bitcoin’s Gini coefficient is getting healthier and healthier. According to William Clemente, when you filter out ETFs and Grayscale, on-chain analytics show that “over time whales are just distributing their coins.” According to him, entities with less than 10 BTC never stop buying. “Since May 19th, retail has been accumulating more heavily than the whales have.” Each day that passes, Bitcoin’s “healthy distribution of the network” gets better and better.

The Dollar-Cost Averaging investment strategy is gaining traction among a sector of the population. And it seems to be spreading. Investopedia defines DCA as:

An investment strategy in which an investor divides up the total amount to be invested across periodic purchases of a target asset in an effort to reduce the impact of volatility on the overall purchase. The purchases occur regardless of the asset’s price and at regular intervals. In effect, this strategy removes much of the detailed work of attempting to time the market in order to make purchases of equities at the best prices.

What Will Happen When Leverage Comes Back Into The Picture?

If greed is returning and leverage is available, people will use it. What will happen then? Go back to LeClair’s chart and check out October 2020, the last time that the leverage was in the red. Could we be entering a run the size of what followed that? The chart that this pseudonymous analyst presents suggest that.

#Bitcoin weekly candles are sized similar to the run from 11k to 19.5k.

19.5k is where we had serious resistance for few weeks (as now with 42k). Then it was off to the races and the price tripled.

Tripling from here is 120k. pic.twitter.com/1gBFbM00MX

We might be at the cusp of a historical moment. The indicators and characteristics seem healthy and ready for blast-off. The community’s morale is high despite the regulatory threats of late. If all of these analysts are right… we’ll see you on the moon, bulls!