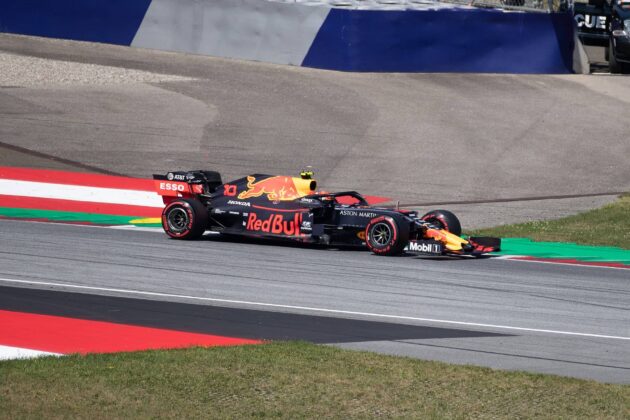 Bybit has announced the first-ever Formula One sponsorship deal with Oracle Red Bull Racing. The Singaporean crypto company will be backing its efforts to become a top team in motorsports, jumpstarting this new partnership by becoming “Principle Team Partner” for the 2022 season.

The partnership will help Bybit grow its fan engagement even more by collaborating with F1. In addition, they have been given an opportunity to promote their services and products through this collaboration, which means better opportunities for both parties involved.

Red Bull Racing has just announced that they will be taking on a new partner in Bybit, with the Singaporean cryptocurrency firm pouring $50 million per year for three years into their sponsorship. This is easily one of Red bull’s most lucrative deals yet as it breaks all records by becoming both longest lasting and highest payout at $150 million.

Bybit’s recent partnership with Redbull is a sure sign of things to come. After a dramatic last-lap victory, Redbull’s Max Verstappen has won the F1 championship Title-deciding race. The 2021 champion was competing in his final Grand Prix this season, and he capped it off by winning again for Red Bull on their 11th win ten pole positions during regulation playtime alone.

Oracle Red Bull Racing’s unique energy and creativity inspire us. The team has changed the game in the same way that digital assets have changed the global financial system.

This collaboration will bring together projects that involve the activation and issuance of social tokens and promote positive change in blockchain technology through education.

The two companies have committed to working together in order to achieve greater diversity within the blockchain industry. They plan on hiring more women and promoting them throughout their respective organizations for increased visibility, which they believe will help foster an inclusive environment where all voices can be heard.

The Biggest Sports Deal In History By Bybit

With the recent rise in popularity, many major sports teams are interested in cryptocurrency. These partnerships seek to expand their branding and advertising avenues by partnering with crypto companies for sponsorship deals that will allow them access to new markets while generating revenue from these collaborations alone.

The three-year contract is currently worth $150 million, making it more than any other crypto company has ever signed so far. It could signal a future where athletes make money through their athletic prowess instead of traditional means like commercials or endorsements.

When it comes to dollar amounts, the Crypto.com Arena’s mega $700 million naming rights deal is pretty standard for today’s sports venue — but what about longevity? This ongoing contract will pay out an average of around $35M per annum over 20 years.

Algorand has signed an agreement with the Drone Racing League, worth $100 million over five years. This partnership will see them investing $20 million per year for five consecutive calendar decades.