Cardano (ADA) Breaks $2 For The First Time Since May, Why New All-Time High Is Imminent 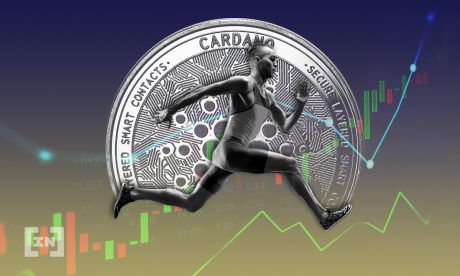 Cardano (ADA) has been on a hot streak recently. The price of ADA has seen increasing growth in the market. After crashing down close to $1, the digital asset has now bounced back up to reclaim its place on the market charts. The price dips from the last two months have not seemed to have had much of an effect on the price of the digital asset, as the price has now come back up above $2 as if it had not been struggling before.

With this new point broken for the first time in months, the next target for the asset remains the all-time high which it had hit in May before crashing back down. The $2.20 all-time high price point is close now than ever. And it is most likely that the price will hit this target in no time, given that the market maintains the current momentum and price trajectory.

A wave of good news has rocked the Cardano community recently. The launch of the Alonzo Purple public testnet will be the final test phase of the project, which will end in the network finally getting smart contracts capability. The dev team announced the launch of the public testnet on Twitter. Explaining that the testers from the previous Alonzo White and Blue testnets will be used to carry out the testings. Along with interested developers who will be granted access to the network.

Cardano (ADA) has recently also gotten approval to be listed on exchanges in Japan. Arguably one of the hardest approvals to receive for a crypto project in the market. This put the digital asset on track to be one of the most valuable cryptocurrencies in the market. Opening up the token to a market of over 100 million people who had previously been unable to access the coin.

As the network approaches complete integration for smart contracts, the community has maintained its faith in the asset. Hold sentiments abound across investors communities. Leading to less sell pressure and more buy pressure. Which the current price surge in the asset can be attributed to.

The price of ADA in the past 24 hours has been incredibly interesting to watch. Moving along with the rest of the market in the bull rally, the price looks to be breaking higher than the other cryptocurrencies in the market.

24-hour price analysis shows that the asset has recorded a 14.77% change in price in the last 24 hours as at the writing of this article. Leading to massive gains in the price. Finally pushing the asset price over the $2 resistance point.

Cardano (ADA) is now trading above $2, with indicators pointing that $2 might be the new landing point for the asset on its way towards a new all-time high. A $0.20 increase from here on out will set a new record for the price of the asset. And as each hour passes with the price continuing to show bullish indicators, a new all-time will most likely be broken by the close of the weekend.