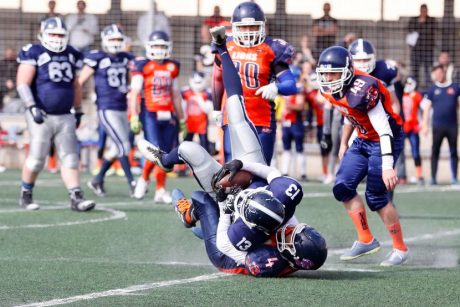 Cardano is close to its final Hard Fork Combinator (HFC) event “Alonzo” to implement smart contract capabilities on the mainnet. Developers, community projects, and IOG are preparing for the milestone and the potential growth of the network’s ecosystem.

Recently, IOG released a paper describing a new algorithm stablecoin to be launch on the platform, called Djed. The project has been under development by IOG and partners Emurgo, and Ergo blockchain, as a “stablecoin contract”, Cardano’s developer claimed in an official post.

This digital asset will tackle the most common issues with other stablecoins, such as Tether and USD Coin, such as lack of transparency about their reserves and its liquidity. Thus, it will leverage a smart contract to guarantee the stability of its price. IOG said:

Djed is a crypto-backed algorithmic stablecoin contract that acts as an autonomous bank. It operates by keeping a reserve of base coins, and minting and burning stablecoins and reserve coins.

As seen below, this Cardano based stablecoin will operate with an Autonomous “Central bank like” contract. Thus, it’ll be comprised of reserve, equity, and liabilities.

In addition, Djed’s stability mechanism will allow the contract to sell stablecoins, and use charging fees, and reserve assets to keep a target price. IOG claims that holders will benefit from this dynamic, as they will be able to boost the stablecoin reserve and “assume the risk of price fluctuation”.

But Djed is not limited to being pegged to the dollar. It can work with other currencies, as long as there are oracles providing the contract with the corresponding pricing index.

Cardano Stablecoin, Better Than The Competition?

The inventor of Cardano and IOG’s CEO Charles Hoskinson celebrated the release of Djed’s paper. Additionally, Hoskinson revealed that the Plutus team is currently working on a prototype and will most likely be able after HFC Alonzo.

As part of the ethos of Cardano, IOG claims that Djed’s properties are “proven by mathematical theorems”. This helps it achieve a constant peg to the underlying assets with lower bound maintenance, resilience to sudden spikes or drops in the market, no insolvency, no bank runs.

This mechanism will support a fair treatment of all users, according to the official post. Thus, it creates more incentives for holders to keep their coins with a limit in the Djed’s reserves that can be “diluted” to issue more of it. Holders will additionally benefit from the stablecoin’s increase equity_

The Cardano based stablecoin will be launch in two versions: the minimal Djed, a “simple and intuitive” stablecoin, and the extended Djed. The latter will have more stability benefits, IOG claims, and more incentives to maintain the reserve ratio “at an optimal level”.

The stablecoin has already been implemented on Ethereum, as an ERC-20 token, Binance Smart Chain, Avalanche, Polygon, and other ecosystem as a tesnet project.