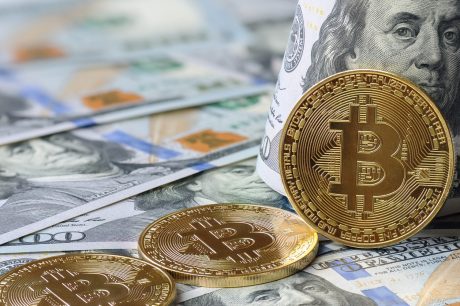 Ark Invest’s chief executive officer and chief investment office Cathie Wood, is backing up her bold claim that Bitcoin will reach $500,000. In the same interview, Wood revealed her firm’s increasing confidence in Ethereum following the 2.0 update, along with potential plans to rebalance between the two top cryptocurrencies.

Ark Invest CEO Cathie Wood is an important figure in the crypto space, recently even joining Jack Dorsey and Elon Musk in the B-Word debate. As the chief investment officer of her firm, any calls she makes are especially notable.

In the past, she’s speculated that Bitcoin would reach $500,000. And at the recent SALT Conference, Wood reiterated the call to CNBC anchor Andrew Ross Sorkin.

The prediction depends on institutions allocating just 5% of their total portfolios to Bitcoin. Should that occur, Wood believes “that the price will be tenfold of where it is today,” she said. “So instead of $45,000, over $500,000.”

What $500K BTC looks like | Source: BLX on TradingView.com

Wood said if she could choose only one cryptocurrency, it would default to Bitcoin, but then praised Ethereum for its recent growth.

“Our confidence in ether has gone up dramatically as we’ve seen the beginning of this transition from proof of work to proof of stake,” Wood said. However, the Ark CEO said that the firm would “probably do 60% bitcoin, 40% ether” in the future, keeping the portfolio’s focus on BTC.