Celsius CEO Refutes Allegations of Uncomplying With US State Laws 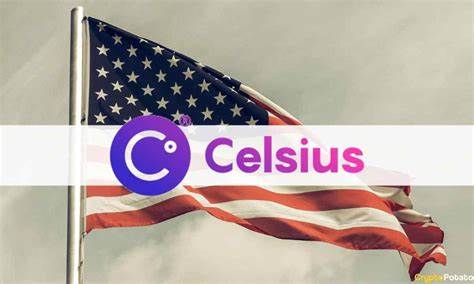 Celsius CEO, Alex Mashinsky, has promised that the company will work with US regulators after Texas and New Jersey went after the platform.

Several US state regulators have gone after the popular cryptocurrency lender Celsius Network for failing to comply with local securities laws.

The project’s CEO was quick to refute the allegations, promising that all protocol services will remain unaffected for now.

US State Regulators After Celsius

United States watchdogs have intensified their actions against the cryptocurrency industry lately, and the latest example became known on Friday. Firstly, the Texas State Securities Board filed for a hearing that could potentially impose a cease and desist order against Celsius.

The regulator argued that the lending company has continuously provided unlicensed securities. The hearing will take place on February 14, 2022, before an Administrative Law Judge. Should the Judge agree with the watchdog’s allegations, Celsius would likely have to stop offering its cryptocurrency services in the state without the necessary license.

Shortly after, the New Jersey Bureau of Securities took the clampdown a step further by “taking action to protect investors from sales of unregistered securities in the form of interest-earning cryptocurrency products.” To do so, the regulator ordered the digital asset firm to “stop offering and selling those products.”

The statement justified this cease and desist order by claiming that Celsius has funded its cryptocurrency lending operations and proprietary trading “at least in part through the sale of unregistered securities in violation of the New Jersey Securities Law.” As such, the company has raised $14 billion through those “unlawful sales.”

“Financial companies operating in the cryptocurrency marketplace are on notice. If you sell securities in New Jersey, you need to comply with New Jersey’s investor protection laws. Companies dealing in cryptocurrencies are not immune from oversight.” – commented Acting Attorney General Andrew J. Bruck.

It’s worth noting that BlockFi also went under the regulatory scrutiny in New Jersey recently. The local watchdog ordered the trading and lending company to stop accepting new customers as of July 22nd.

No Such Thing Says Celsius CEO

Alex Mashinsky, the CEO of the cryptocurrency lending company, took it to Twitter to comment on the aforementioned regulatory actions. He classified them as disappointing and asserted Celsius “wholeheartedly disagrees” with the allegations that the firm failed to comply with the law.

2. We always have, and will continue to, work with regulators in the US and globally to operate in full compliance with the law. Given our commitment to regulatory adherence, we look forward to addressing this matter quickly.

After asserting that Celius has “always” worked with US regulators, Mashinsky added that customers will continue to be able to use all services without any changes.