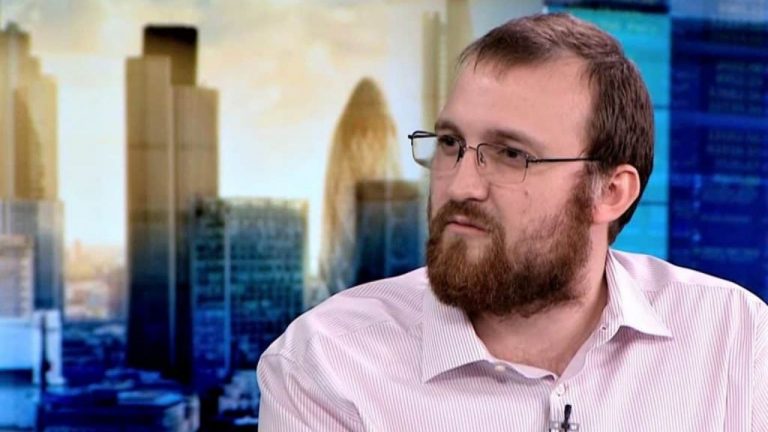 Charles Hoskinson, the founder of Cardano, has recently found himself the target of Twitter critics as year-old tweets that highlighted projections for the network’s adoption are failing to match community expectations.

Cardano, the fifth-largest cryptocurrency by market capitalization and self-titled third-generation blockchain initiative, has no shortage of followers and evangelists that believe in its very scientific approach to developing blockchain technology. Yet, the network faces no shortage of detractors either, and the internet never forgets.

It’s been nearly one year since Cardano creator Charles Hoskinson unveiled his predictions for the network on Twitter, envisioning more widespread dapp (decentralized app) deployments and hundreds of assets running atop the blockchain.

This time next year I predict there will be hundreds of assets running on Cardano, thousands of DApps, tons of interesting projects and lots of unique use and utility. 2021 is going to be so much fun watching Cardano grow and evolve. The community is definitely ready to innovate

Most of these predictions haven’t come to fruition.

The Twitter community has been quick to pounce on this reality, with one handle highlighting that no assets or dapps are running atop the network.

Ok, so @IOHK_Charles predicted this a year back.
Update:
No asset on $ADA, forget 1000's of DApps not a single dapp on $ADA, only 1-2 projects announced working on $ADA@IOHK_Charles what happened to your predictions? What's the prediction for next 1 year now? https://t.co/qreMVlOX1i

Instead, multiple projects have announced plans to launch eventually. Indeed, since the network’s smart contract functionality is still being tested and supposedly set to launch when the Alonzo upgrade is completed in August, the dapps criticism is valid to an extent.

Another poster was quick to highlight Cardano’s smaller transaction turnover relative to other networks like Bitcoin and Ethereum despite its sky-high valuation in the tens of billions of dollars. In another dig at Hoskinson, he compared Cardano community members responding to his tweets as reminiscent of community responses defending IOTA in 2017, labeling these respondents ADA bots.

but hey, i guess some people like to lose money by betting on overhyped vaporware at $60+ billion valuations

John Rice, Cointelegraph’s editor-in-chief, sarcastically hinted at busy weeks ahead if the blockchain is actually going to realize the network creator’s ambitious predictions.

Gonna be a busy 3 weeks. https://t.co/pEzBAEIfZ8

Although some of the Twitterati jumped on Hoskinson’s predictions as proof the network wasn’t achieving its stated goals, others were quick to point out the obvious: the original tweet from the Cardano founder himself was labeled a “prediction.”

I mean, you said it in your tweet, it’s a prediction, not a promise. Nothing ‘happened’ to his prediction , Cardano delivers or it doesn’t. — Javier Wang (@JavierWang_Defi) July 4, 2021

Community members and Hoskinson have responded to the blitz of critics, highlighting the network’s success in certain areas. But more important than the tit-for-tat Twitter battle is the actual reality of the blockchain itself.

There are thousands of assets on Cardano. I guess you haven’t been paying attention. Tons of devs learning, training, writing. Lots of launch apps.— Charles Hoskinson (@IOHK_Charles) July 4, 2021

Yes, most dApps are hosted on Ethereum, and yes, it is responsible for immense amounts of token creation. However, the network’s speed to market didn’t necessarily result in a bulletproof platform. Moreover, there aren’t serious plans in the pipeline to handle the governance component, whereas Cardano has embedded this element in its approach.

Additionally, every stage of Cardano’s development undergoes a peer-review process akin to similar methods embraced in academia. This academic-like approach means that all new features are rigorously tested and validated before formal launch, helping Cardano address the drawbacks of early blockchains from the outset.

Another important point of reference is that Cardano has embraced proof-of-stake since its launch, helping minimize its power consumption relative to Ethereum. Although Cardano barely scratches 20,000 transactions per day, one of the reasons behind this reality is that over 70% of the network’s native ADA tokens in circulation are staked. By comparison, just over 5% of all Ether in circulation is staked.

Opposing viewpoints are a great source of debate and eventual innovation. This conversation is proving no different, especially as Cardano may be inching ever closer to achieving the potential reality Hoskinson laid out. While his timing may be off, his prediction may still be prescient given more time. Only time — and the market — will tell.