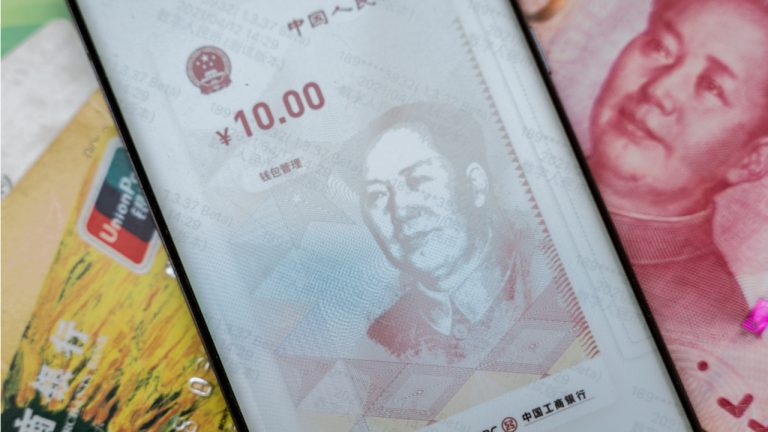 Digital currencies, those issued by central banks in particular, have been commended for their “disruptive nature.” The praise comes from a publication associated with one of Brazil’s far-left parties. A recently published article claims that CBDCs such as China’s digital yuan can radically change global finances and government policies.

Digital Yuan to Do Away With America’s ‘Exorbitant Privilege’

Vermelho, a news portal linked to the Communist Party of Brazil, points out that the People’s Republic is the world’s first major economy to create its own coin. State-issued digital currencies are not like the present day “electronic money” as they won’t require the intermediation of commercial banks, the leftist outlet argues. The central bank itself will perform this role, unlike “private” cryptocurrencies such as bitcoin where no authority can oversee transactions or control circulation.

Central bank digital currencies (CBDCs) will provide for an immediate relationship between the monetary policy regulator and the public. Governments, Vermelho notes, will be able to directly transfer money to their citizens, either in the form of emergency aid, like during the Covid crisis or as part of regular minimum income programs.

The article also implies that the main impact of such currencies may actually be geopolitical, elaborating that the digital yuan can put an end to the “exorbitant privilege” of the U.S. and the global dominance of the dollar. The site insists that around 88% of international financial transactions, in both trade and investment, are currently denominated in the American currency. According to quoted data from the IMF, the same applies to 93% of China’s imports and 95% of its exports.

Most international transactions now pass through the U.S. banking system at one point or another and the global financial industry costs an estimated $350 per capita of the world’s population, according to the Vermelho website. However, the moment when today’s electronic money and paper cash become a thing of the past is not so distant, with China already testing the digital yuan with 500,000 consumers in 11 different regions. As Vermelho puts it:

The Chinese invented paper money thousands of years ago. Maybe they are bringing it to an end.

Despite quoting the Economist that “more than 50 monetary authorities… are exploring this possibility,” the issuance of CBDC, Vermelho fails to introduce its readers to another important assertion made by the newspaper, noticed the Brazilian crypto news outlet Portal do Bitcoin. The new government-issued digital currencies have the potential to “become panoptic (a term that refers to ubiquitous surveillance) for the state to control citizens,” the prominent business daily warned.

While actively promoting the digital yuan, the People’s Republic has reiterated previously imposed restrictions regarding the provision of services related to decentralized cryptocurrencies. Chinese authorities have also vowed to continue to monitor bitcoin mining and crackdown on crypto trading. Although these old threats do not represent a massive new offensive against uncensored digital money, they have certainly hurt cryptocurrency markets in the past days, proving that a clash with CBDCs is always around the corner.