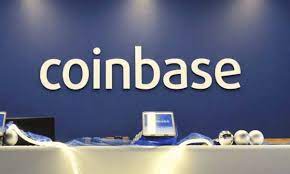 In an announcement on the company blog on July 13, Coinbase stated that the Polygon Network is now available on the Coinbase Wallet mobile app and extension, and more scaling solutions are coming.

Coinbase claims that more than a million of its wallet customers are using DeFi protocols such as Uniswap, Compound, and Aave, and NFT platforms like OpenSea and Zora.

It also acknowledged that transaction fees on Ethereum have been pretty high lately and there have been long waits for confirmations when the network has been under heavy load. Combining this with Coinbase’s own excessive fees makes using the exchange an expensive procedure.

Coinbase stated that using the Ethereum layer 2 scaling aggregator Polygon is as simple as selecting it from the active networks in their wallet app.

Users will need some crypto on the Polygon platform to begin with since Coinbase does not support layer 2 natively. Once the two wallets are connected, users will need to use the Polygon Bridge to send any ERC-20 tokens from the Ethereum mainnet to Polygon.

They can then use any of the Polygon integrated dapps and protocols such as Aave to delve into DeFi. Coinbase said that its mission was to onboard millions of users into the world of DeFi.

“In the coming months, we’ll continue to take steps to make it easier for users to access and interact with a variety of Layer 2 networks both on mobile and web.”

In October 2020, Coinbase added support for optimistic rollups using the Optimistic Ethereum platform. At the time the scaling tech was largely experimental and running on testnets on platforms such as Synthetix.

As reported in late June, Coinbase plans to launch its own a dapp store after obtaining a crypto custody license from German financial regulator BaFin.

Polygon’s native token, which is still called MATIC, has seen no positive market movements from the announcement.

The token has dumped a painful 9.5% on the day as the market slump gathers momentum and DeFi tokens take the brunt. MATIC is currently trading at $0.90 according to CoinGecko, having lost more than 20% over the past week.

MATIC, like most of its DeFi brethren, is way down from its all-time high, languishing 66% below it despite all of the partnerships and momentum the protocol itself has had recently.