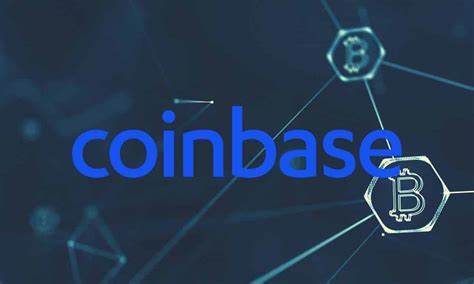 Coinbase just closed a $1.36 million deal with the Immigration and Customs Enforcement office. Now, the agency will use its Coinbase Analytics tool for undisclosed purposes.

Coinbase and the U.S. Homeland Security have struck a million-dollar deal to allow the U.S. government to use the exchange’s services to analyze American citizens’ data.

According to official documents, The Immigration and Customs Enforcement (ICE) – a branch of the U.S. Homeland Security Dept. dedicated to cross-border crime and illegal immigration – paid Coinbase $1.36 million in licensing fees for Coinbase Analytics software.

Pay to Trace, Pay to Tell

This would be the juiciest contract for Coinbase, which has a long history of collaboration with the U.S. government.

According to the official documents, there is no word on what information will be analyzed or shared by Coinbase. Data from the SAM.gov database assures that the exchange “is the only vendor who can reasonably provide the services required” by the ICE, and the information available to the public will be minimal due to the sensitive nature of the relationship between the ICE and Coinbase.

Others interested in using Coinbase’s analytics tools include the Drug Enforcement Administration (DEA) and the Internal Revenue Service (IRS) which also paid Chainalysis $625.000 to develop a tool to deanonymize Monero.

Coinbase and the US Government: A controversial Relationship

Coinbase has received heavy criticism in the past for its collaboration with the U.S. government. Still, its CEO has never regretted its lucrative relationship with law enforcement.

In a previous Twitter thread, Brian Armstrong assured that the creation of this service is actually positive for the growth of his company and that they do not deliver information other than what is already available on the blockchain:

“Have seen a few articles talking about Coinbase Analytics – figured I would share my thoughts on it, since I don’t think it’s particularly newsworthy – and lots of conjecture out there. Blockchain analytics software is essentially just compiling publicly available data that is already out there on the blockchain … There is an existing market for blockchain analytics software, so we sell it to a handful of folks as well.”

Armstrong later deleted it due to the strong wave of negative comments and criticism, but an archived version is still available.

Generally speaking, many privacy purists argue that Coinbase’s interests are contrary to the very philosophy of cryptocurrencies. Others even claim that Coinbase could facilitate the cross-referencing of its KYC data with that of the tools it provides.

The exchange maintains that its customers’ data is handled separately from its analytics tool so there is nothing to fear.