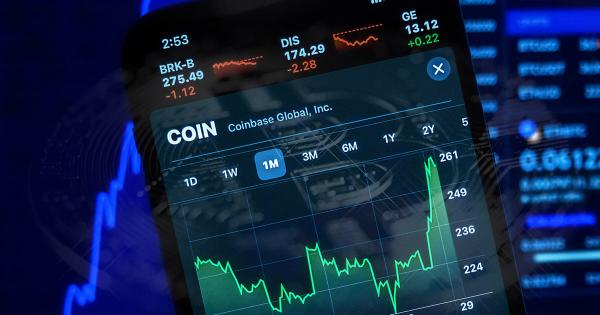 Crypto natives say Bitcoin and other cryptocurrencies are primed for an explosive year ahead, and a recent bond sale adds fuel to that fire.

Coinbase, one of the world’s biggest and most regulated crypto exchanges that went public earlier this year, saw a recent ‘junk bond’ offering close at over $2 billion, showing glimpses of what demand in institutional circles for crypto is like.

The exchange saw over $7 billion in orders pour for just $1.5 billion of debt on offer. It was able to sell $500 million in debt more as a result. Institutional bank Goldman Sachs managed the sale of the Coinbase notes.

Junk bonds are a high-yield, high-risk security issued by companies to quickly raise capital which has been given a low rating by agencies (hence, “junk”). Companies raise this sum by issuing IOUs that state the: 1. amount it is borrowing (the principal), 2. the date it will return your money (maturity date), and 3. the interest rate (coupon) it will pay you on the borrowed money.

The interest rate is the profit the investor will make for lending the money. And it’s booming in Coinbase’s case: Equal amounts of seven- and 10-year bonds were sold at interest rates of 3.375% and 3.625%, respectively, lower than the initially discussed borrowing costs, a report on Bloomberg said.

“The strong demand is clearly a big endorsement by debt investors,” said Julie Chariell, an analyst at Bloomberg Intelligence. The deal attracted funding from venture capital and legacy pensions funds alike, showing that fixed-income investors were no longer averse to crypto exposure.

The move could also prompt competitors like Binance or Gemini to eventually sell debt, Chariell added.

SEC, DeFi, Coinbase, and the supercycle

Coinbase is said to be building other parallels to expand its business offerings, such as DeFi tools and similar products.

It did, however, receive a rap from the US Securities and Exchange Commission (SEC) last week for its intention to offer crypto lending products, but the junk bond sale shows investors continue to view the company with a favorable sentiment.

Meanwhile, crypto natives viewed the development as a strong fundamental that helped cement the ‘supercycle’ narrative—a colloquial term for the longest period in the growth of a financial market.

Institutional investors are aggressively buying Coinbase debt. Demand was so large that the deal got upsized from $1.5b to $2.0b,” noted Three Arrows Capital founder Su Zhu in a tweet. He added, “Huge endorsement of supercycle.”

Supercycle proponents, such as Zhu, peg Bitcoin to reach as much as $4 million in the next five years. That would give the world’s largest cryptocurrency the marketcap of gold, a metal that many call an antiqued asset in today’s time.