Crypto Market Cap Back Above $2 Trillion: The Weekly Recap 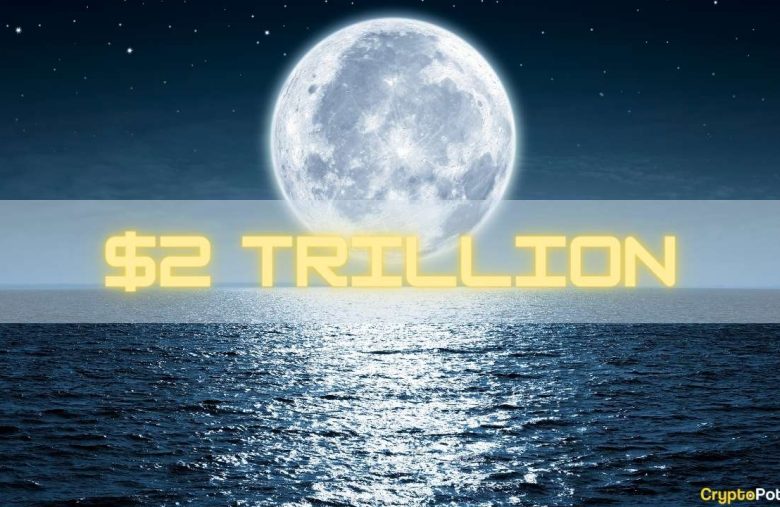 Bitcoin staged another part of its recovery and drove the entire market’s capitalization above $2 trillion.

It’s been a wild ride over the past seven days, but this time bulls had the upper hand, bringing the total cryptocurrency market cap above $2 trillion once again.

Let’s start with Bitcoin. It’s up almost 14% throughout the week, currently testing the important 200-MA resistance at around $46.7K, once again. It failed to breach it a couple of days ago, which sent the market into a short-term correction.

However, bulls prevented any serious losses, and after less than a day of downwards pressure, the price is back on a positive footing. It’s also important to note that the notable on-chain metrics continue to favor this recovery, showing no real signs of substantial selling pressure inbound.

The rest of the market is also well in the green, where one of the most impressive performers is Cardano’s ADA. The cryptocurrency is up over 40% in the past 7 days, and it’s trying to convincingly overtake the important psychological and technical resistance at $2.

It’s also important to note that the current rally comes amid serious regulatory uncertainty throughout the entire world. Earlier this week, an important amendment regarding proposed cryptocurrency reporting regulations failed, causing many to believe that it might upset the market. Evidently, it had no such effect.

Another cataclysmic event was the hack of the DeFi protocol called PolyNetwork. The perpetrator managed to get away with over $600 million in what seems to be the biggest hack in DeFi’s relatively nascent history. However, things had a positive development as the hacker agreed to return the money and didn’t even want a bounty in return.

In any case, it’s important for Bitcoin to chart a strong weekly close well above the 200-MA resistance for this recovery rally to continue with full force. It’s critical to monitor how things develop over the weekend, but as it appears right now, the situation looks favorable.

This Week’s Crypto Headlines You Better Not Miss

The $600M PolyNetwork Hack: What Exactly Happened and What Investors Should Be Aware of. The DeFi protocol PolyNetwork was exploited earlier this week. The hacker made away with over $600M but has fortunately decided to return the funds. Here’s everything you need to know about the entire ordeal.

Ethereum Will Peak in Less Than 2 Years but Cardano Also Progresses: Charles Hoskinson. The founder of Cardano, Charles Hoskinson, said that Ethereum’s ETH will peak within the next two years. He also said that Cardano will also make notable progress.

U.S. Senators Deal on Contentious Crypto Amendment Has Failed (Updated). Senators from the United States failed to agree on an amendment for the cryptocurrency reporting regulations. This became clear earlier in the week following a lack of understanding on certain points.

Leo Messi’s Signing Bonus in PSG Included a Payment in Cryptocurrency: Report. The soccer megastar, Lionel Messi, has received some of his signing bonus to PSG in the team’s fan token. This is according to a recent report. It also became clear after Messi couldn’t continue his contract with FC Barcelona.

Coinbase Sees Record Q2 Revenue of $2B, 95% from Transaction Fees. The leading US-based cryptocurrency exchange, Coinbase, has released its second-quarter revenue report. According to the document, the exchange marked a record quarter with a revenue of $2 billion where 95% of it came from transaction fees.

Bitcoin Could Reach $100,000 by The End of 2021: Fundstrat’s Tom Lee. The well-known permabull, Tom Lee, said that the decreasing impact of the COVID-19 virus would impact bitcoin’s price positively, driving it $100,000 by the end of this year. This is one of the more optimistic predictions.