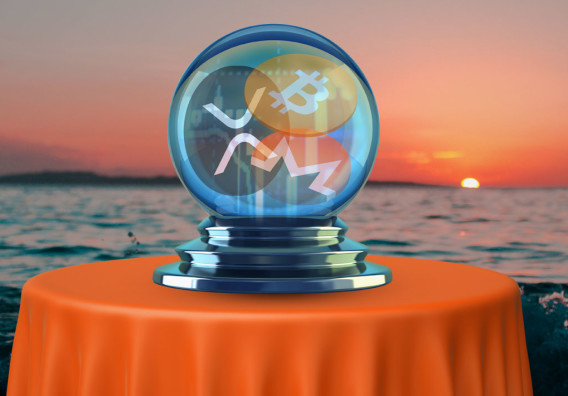 After a brief pullback following the ETF approval-driven price surge, the Bitcoin and digital asset markets are heating up again. Bitcoin (BTC) ended the week up ~2% to trading at ~US$63,000. The second and third largest assets, Ethereum (ETH), and Binance-coin (BNB), ended the week up ~12% and ~1% respectively.

Bitcoin established a new all-time price high on October 20 of ~US$67,250. The trigger that pushed the market towards new all-time-highs was the launch of the first-ever Bitcoin ETF in the USA. The event was embraced as a milestone regulatory success for the cryptocurrency industry with a green light for paper BTC being received after years of rejected and resubmitted applications.

The first-ever BTC ETF to be approved was the ProShares Bitcoin Strategy ETF. It has the BITO ticker and tracks the CME Bitcoin futures price. It launched for trading on October 18th and immediately broke records. BITO assets under management (AUM) hit US$1.1 billion after its 2nd day of trading, making it the fastest ETF to get to $1b, breaking an 18-year-old record previously set by gold. Demand to gain exposure to BTC in the United States was very strong and this created positive price momentum in BTC spot markets.

After the ETF hype, a comedown seemed inevitable. In the days following the all-time-high, the price of BTC slumped to as low as ~US$59,900 by Sunday, a dip of ~11% in 5 days.

Over the last 24 hours, however, the Bitcoin and crypto markets appear rested and ready to begin ticking upwards again. Since Monday’s weekly open, the price of BTC is up ~3%.

One reason for the rise may be comments made by US treasury secretary Janet Yellen. On October 24th, Yellen said she expected inflation to remain high through the first half of 2022. She says she expects price increases to ease as issues ranging from supply bottlenecks, a tight U.S. labor market, and other pandemic-related economic factors improve.

Bitcoin has now been established as a viable inflation hedge thanks to its verifiable digital scarcity and endorsements from multiple legacy institutions. Markets may be backing it to perform well in the coming period of US dollar inflation and debasement.

Another potential trigger for the strong performance this week may be news that Mastercard is set to announce that any of the thousands of banks and millions of merchants on its payments network will soon be able to integrate crypto into its products.

CNBC reports that the program will include bitcoin wallets, and credit and debit cards that earn rewards in crypto. Mastercard will enable merchants to accept digital assets, and for loyalty programs such as airlines or hotels, to convert those points into bitcoin. This is another signal of the growing adoption and retail demand for cryptocurrency.

Crypto news for the week ahead

Altair, the first mainnet upgrade to Ethereum’s Beacon Chain, is set to be implemented this Tuesday. The Beacon chain is the foundation for Ethereum’s proof-of-stake future and has been running in parallel to the existing PoW Ethereum chain since December 2020. This upgrade brings light-client support to the core consensus, cleans up beacon state incentive accounting, fixes some issues with validator incentives, and steps up the punitive params as per EIP-2982. ETH has had a bullish period in anticipation of the upgrade and is up ~11% in the last 7 days.

The ICON platform blockchain will move to the next phase of its upgrade to ICON 2.0 this Monday. On October 26th, node operators will be provided with technical guides on how to prepare their ICON 2.0 (Goloop) nodes, and the ICON foundation will gather feedback on this. ICON 2.0 is a major overhaul of the ICON blockchain and includes numerous new features for the platform. ICON’s native token ICX is up ~8% in the last week.

It was a strong week for most large-cap assets, with Layer-1 tokens performing particularly well. Solana (SOL) was the best performing asset in the top 10. Alongside BTC, it established a new all-time-high last week, touching ~US$219 on major exchanges on October 25th. The total value locked in Solana DeFi has blown out in the 2nd half of October and continues to establish new ATHs above US$13.5 billion. The most popular Defi App on Solana currently is AMM-based Decentralized exchange, Saber.

Glassnode has reported that the open interest in CME futures contracts has increased by $3.95B over the course of October, in the leadup to and in the immediate aftermath of the ETF launch. Open interest on the CME has grown ~265% since the start of September. It appears that many large institutional buyers were front running the launch of the ETF. With inflation concerns not yet alleviated in the United States, institutions may increase BTC exposure.