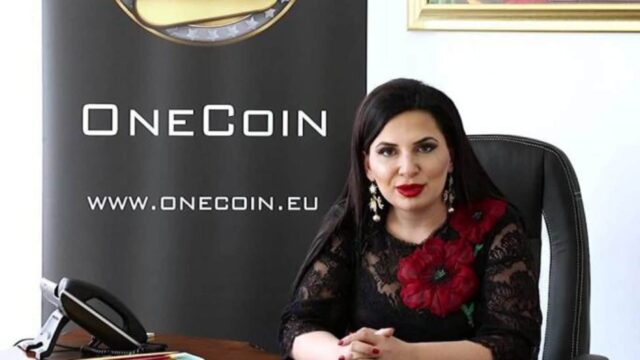 Dr. Ruja Ignatova, the infamous “Crypto Queen,” is once again in the crosshairs of law enforcement, as German authorities have placed her on Europe’s most wanted list.

Europol, the European Union Agency for Law Enforcement Cooperation, is offering a reward of 5,000 Euros for information leading to the arrest of Ignatova on fraud charges for soliciting investments in OneCoin, a “worthless money.”

Ignatova is suspected of masterminding the Ponzi scam behind the so-called virtual currency “OneCoin,” which generated nearly €5 billion from investors in over 170 countries by the end of 2017.

After the OneCoin Ponzi scheme was exposed in 2017, Ignatova flew to Athens and hasn’t been seen since. (Daily Advent)

The 41-year-old fugitive Ignatova launched the OneCoin project in the middle of 2014, marketing it to investors as the “Bitcoin Killer” of the future.

As with numerous Ponzi scams, such as Arbistar and Bitconnect, Ignatova fled when she felt in jeopardy, taking billions of dollars with her.

Upon the 2017 revelation that OneCoin was a Ponzi scheme, Ignatova boarded an aircraft to Athens and has not been seen since.

OneCoin is regarded as one of the largest frauds in the history of cryptocurrencies and serves as the inspiration for the BBC radio series “The Missing Crypto Queen.”

The Fake Coin’s Over 3 Million Customers

At the height of its popularity, OneCoin claimed to have more than 3 million subscribers around the globe.

In 2019, US prosecutors in the Southern District of New York charged OneCoin’s leaders with wire fraud, securities fraud, and money laundering. This included Ignatova, her brother Konstantin Ignatova, and Mark Scott.

In spite of all the promises, the actual outcome was significantly less appealing. First of all, OneCoin lacked a blockchain on which to operate, meaning that the coin was not actively traded and could not be used to make purchases because it had no payment system to support it.

The Italian Antitrust Authority obtained an injunction against One Network Services Ltd (OneCoin) in December 2016, describing its operations as an “illegal pyramid sales system.” However, the company’s accounts in other regions of the world were not blocked until 2017.

Europol stated that OneCoin has caused billions of dollars in damages around the world, adding that Ignatova and her associates may be armed and that anyone ready to assist the authorities should exercise great caution.