Crypto to Hit “Literally Billions” of Users by 2027: Pantera CEO 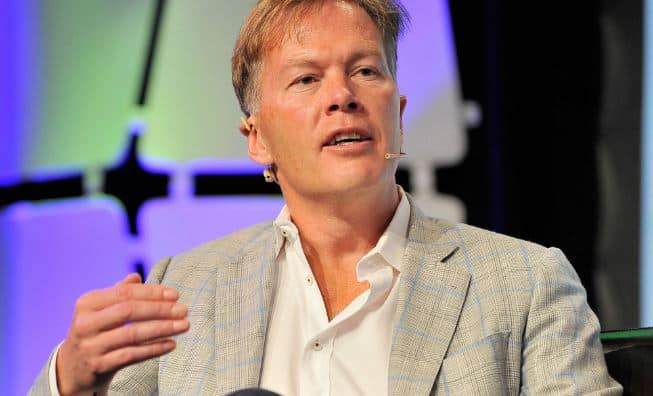 Pantera CEO Dan Morehead has said that he thinks global crypto adoption could soar in the next four to five years—and that increased demand will lead to price rises.

Morehead argued that crypto was in “a secular bull market” and could trade independently from traditional risk assets over the years ahead.

Dan Morehead has made it clear that he isn’t fazed by the ongoing crypto winter.

In a Wednesday interview with CNBC’s Squawk Box, the Pantera founder and CEO discussed the current state of the digital assets space, asserting his confidence in blockchain’s future despite the market’s sharp drawdown from all-time highs.

Morehead said that he thinks crypto is in “a secular bull market” that’s been caught in a downtrend with other risk assets over recent months, predicting that the nascent asset class could lose its close correlation with other markets in the future. “I can easily see a world a few years from now where risk assets themselves might still be struggling but blockchain’s back to all-time highs,” he said, addressing the adverse macro conditions that have affected equities and crypto this year.

Morehead argued that crypto’s value would increase if adoption grew, making a lofty prediction on how the asset class could gain usage over the next few years. “Hundreds of millions of people use blockchain today, I think in four or five years it’s gunna be literally billions of people,” he said.

Bitcoin has grown to roughly 200 million users worldwide since launching as a niche Cypherpunk movement in 2009, while the broader crypto market neared 300 million users at the beginning of the year, per Crypto.com data. However, the space has suffered from a months-long bear market, casting doubt on the possibility of near-term rapid growth.

When crypto experiences bull rallies like the one that saw the market top $3 trillion in 2021, it tends to attract hordes of new users. But many of them leave the space when they experience downside price volatility as the market cycle ends, slowing down adoption. Bitcoin trades over 70% down from its November 2021 peak today, and mainstream interest in the technology has plummeted amid worsening macro conditions and weak market sentiment.

According to Google trends, worldwide searches for “crypto” and “Bitcoin” have hit pre-2021 lows in recent weeks. Google search trends are a popular metric for assessing mainstream crypto interest; “Bitcoin” searches peaked during retail-driven mania periods in December 2017 and May 2021.

Morehead commented on the ongoing crypto winter, saying that he thinks “we’re pretty much through the worst of it.” He referenced the liquidity crisis that hit the space in June, leading to a series of bankruptcies among centralized crypto lenders like Celsius and Voyager Digital. “When you have a market go down 75, 80%, [if] you add any leverage, it’s gunna be tough,” he said, making the case that June 2022 marked a bottom for the current market cycle.

Morehead also pointed out that Bitcoin and Ethereum’s market capitalization dominance hit a low of 57% Tuesday, adding that he thinks that there are “hundreds of really interesting projects” that could see growth in the future.

Although Morehead maintains a bullish outlook, it’s worth noting that his firm Pantera is known for investing with long-term time horizons. In the short-term, there are plenty of reasons to take a more pessimistic view on Bitcoin and the broader space, including market exhaustion, soaring inflation and the expectation of further interest rate hikes from the Federal Reserve, and a lack of potential catalysts following Ethereum’s “sell the news” Merge event.

According to CoinGecko data, the global cryptocurrency market capitalization is currently around $950 billion. That’s about 70% short of its peak.