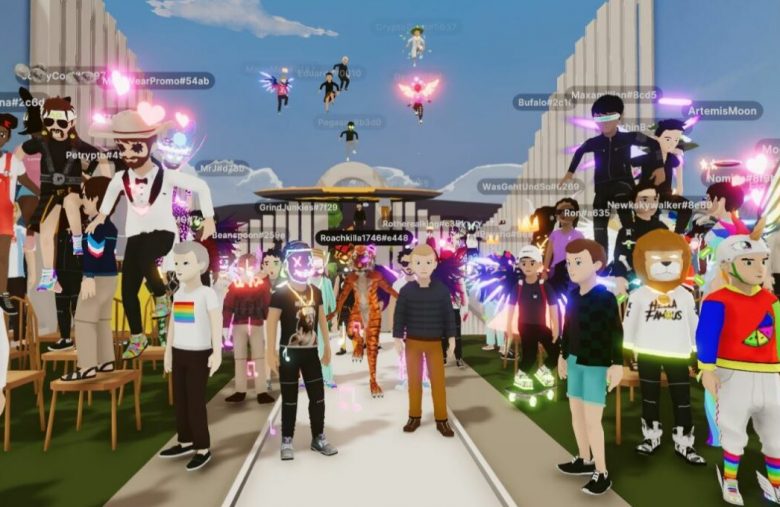 Ryan and Candice Hurley from Phoenix, Arizona got married with their digital identities this weekend in what was the first metaverse marriage. Decentraland (MANA/USD) hosted the wedding ceremony, which was attended by witnesses, a Supreme Court Justice officiant, and 2,000 guests.

Because the metaverse is still in its infancy, we have developed the legal paradigm for a legally recognized marriage. There currently is no legal framework for marriage in the Metaverse, so whether or not it will be legally binding is more a question of contract.

The group created a “meta-marriage framework” by adding a “Virtual Premarital Agreement,” according to which the couple’s virtual identities were recorded on the blockchain.

The couple faced some technical problems in their wedding of the future. First, the Decentraland ecosystem had a hard time coping with the number of guests. Attendees had claimed all NFT gifts just twenty minutes after the ceremony started.

The bride’s avatar would disappear from time to time, leaving the groom’s alone at the aisle. Depending on the server visitors had been split into, the bride was wearing a dress, a hoodie, or wasn’t there at all.

One visitor told guests to watch the couple seal their vows on the law firm’s Instagram as the ceremony failed to work on Decentraland.

Rose assures the marriage is legal, but experts remain unconvinced. People have to appear in person according to the American Marriage Ministries during a legal wedding ceremony, not as avatars.

In addition, most states don’t let couples get married remotely via a video conference. Moreover, the couple cannot be in different locations at the time of the ceremony.