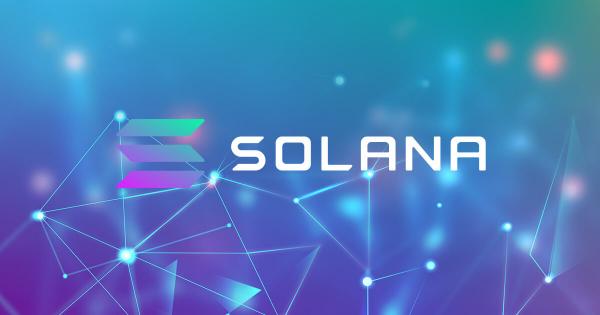 From $1.5 billion TVL in August, Solana-based defi protocols have surged to around $13 billion within two months.

Solana-based decentralized finance (DeFi) protocols have reached a new height as the total value locked of all assets on its blockchain is now $12.7 billion according to data from DeFi Llama.

Per Defi Llama, this new peak was reached earlier on October 21 before it reversed to around $12.34 billion. It was also revealed that the new peak beat the previous record of $12.2 billion which was set in September when the blockchain platform saw a rise in Defi use on its network.

Interestingly, before the surge in interest in DeFi uses on Solana, the TVL of assets on the network had never exceeded $1.5 billion.

As it stands, the bulk of the TVL is from Marinade Finance, a popular liquid staking protocol. The project alone has seen its own TVL rise by almost 69 percent placing it among the top projects with the highest liquidity. According to available information, it is trailing only Sunny, Radium, and Saber.

It is important to note that despite the growth Solana-based defi protocol has seen within the last two months, it is still way behind that of Ethereum-based Defi protocol whose TVL stands at over $200 billion.

Setting the pace for greens

At the time of this writing, Solana, like the broader crypto market, is on its own green run too. The value of Solana has risen by over 8 percent within the last 24 hours as it is now exchanging hands for $203. Within the last seven days, its price has spiked by over 35 percent.

Per a Forbes report on its bullish run within the last 24 hours, “many indicators for the digital currency are bullish.”

The crypto asset came into limelight earlier in the year when its value spiked to an all-time high of above $200 and the growth of its blockchain drew many Defi projects and NFTs alike.

This led to many analysts and crypto enthusiasts dubbing it the “Ethereum Killer” because of its cheap transaction fees and the level of publicity it has enjoyed since then.