DFG allocates 500,000 DOT to Acala ahead of Polkadot parachain auctions 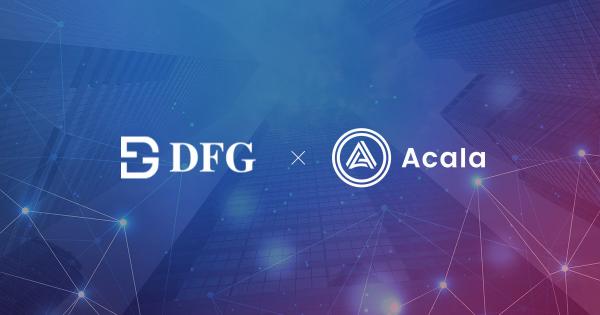 Projects can ‘bid’ for slots on the Polkadot platform using DOT and by winning the support of the broader community, the first of which goes live later this month.

Crypto investment firm Digital Finance Group (DFG) has allocated over 500,000 DOT ($26.5 million) to Acala, a DeFi platform developed on the Polkadot blockchain network, ahead of its bid for a parachain slot.

“We proudly announce our very first decision: 500,000 DOT that will be contributed to the Acala Crowdloan. This was a decision made even before there was any public announcement of the rewards and bonus for crowdloan participation. Some may question or view it as a bold move, but we take it with confidence,” said DFG in a statement.

“We regard Acala as a high conviction long-term investment project as we discover its uniqueness along the way of conducting in-depth research and growing together with the team,” it added.

🚨We have just contributed 500,000 DOTs to the @AcalaNetwork Parachain Crowdloan!!! 🚨

We are very excited to be directly involved through investment and crowdloan participation in the growth of the @Polkadot ecosystem!🚀

What is Acala Network?

Acala Network aims to fuel power Polkadot’s DeFi hub with its layer-1 smart contracts platform. Polkadot is a platform that allows diverse blockchains to transfer messages, including value, in a trust-free fashion; sharing their unique features while pooling their security.

Projects can ‘bid’ for slots on the Polkadot platform using DOT and by winning the support of the broader community, the first of which goes live later this month.

Acala plans to secure its place on Polkadot through a crowdloan, with supporters receiving the ACA tokens as compensation for the crowdloan. The project initially launched the Liquid Crowdloan Dot (IcDOT) tokens, allowing early contributors to utilize an unlocked token that represents their DOT contribution.

Meanwhile, demand for Polkadot’s parachains has pushed DOT prices to an all-time high. The weekend saw DOT trade over $54 before retreating to Monday’s $53, reaching a market cap of $55 billion and becoming the eighth-largest blockchain by value in the world.