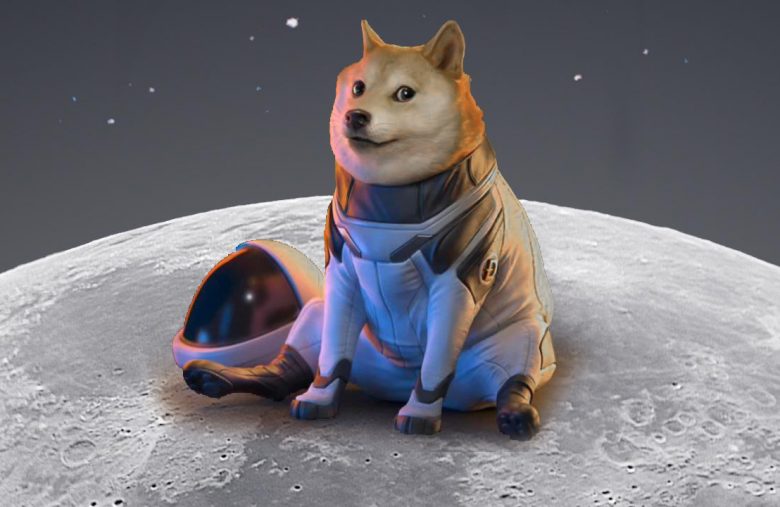 The notorious dogecoin has seen double-digit gains this past week as statistics show the meme-crypto asset has gained 19.66% during the last seven days. Out of the top ten digital currencies in terms of market capitalization, dogecoin has outshined the competition, even surpassing ethereum’s 18% weekly gains.

At the time of writing, both the topic dogecoin and the hashtag #dogecointothemoon have been trending on social media Sunday afternoon. As far as interest is concerned, Google Trends (GT) data shows that the search queries for the terms “dogecoin” and “doge” have dropped very low.

Despite the drop, most crypto assets in terms of GT data that measures overall interest has dropped significantly. On the other hand, dogecoin (DOGE) markets have jumped considerably higher than most crypto assets today, capturing close to 20% in the last seven days.

DOGE/USD price according to Bitcoin.com Markets data on August 8, 2021.

Additionally if one were to compare 12-month statistics, in contrast to a great majority of the 10,000+ digital assets in existence today, DOGE has outshined them by a long shot. 12-month DOGE stats indicate dogecoin is up 6,849% on August 8.

Dogecoin Is Down 67% Since All-Time High, Mystery Dogecoin Whale Absorbs 28% of the DOGE Supply

However, dogecoin (DOGE), out of the top ten crypto valuations today, is down lower than its all-time high (ATH) than the rest of the top ten pack except for XRP. Three months ago, DOGE tapped an ATH at $0.737 per unit and today it’s down 67% from the ATH.

“Token Summary” Into the Block stats for Dogecoin (DOGE) on Sunday.

The biggest difference from DOGE, in contrast to XRP, is that XRP is not only down 76% today but that was over four years ago. Currently, 70% of dogecoin holders are making money at the current price according to Into the Block statistics.

The infamous “DH5” dogecoin address now holds 28% of the entire DOGE supply on August 8, 2021. This DOGE whale has managed to capture another 1% of the entire supply since February 5, 2021.

There is a concentration of large holders today as Into the Block statistics indicate DOGE is around 63%. Data from bitinfocharts.com’s richest dogecoin addresses show the mysterious “DH5” dogecoin address is still the largest DOGE holder today with 36 billion dogecoin.