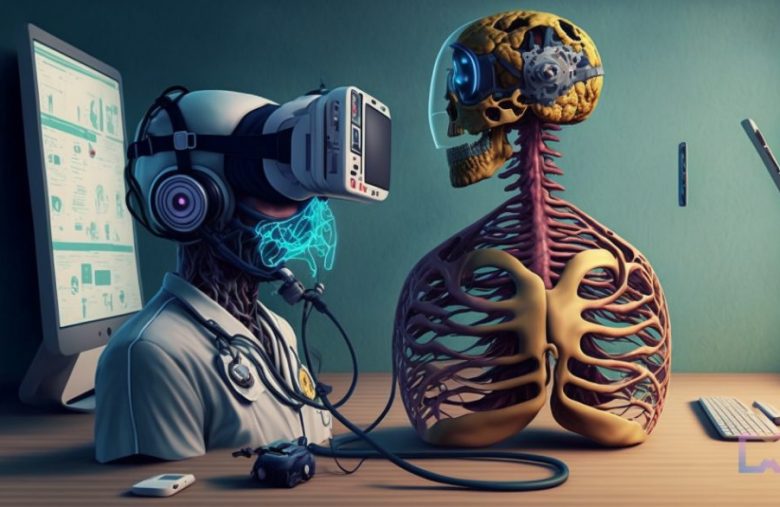 A major medical-technological breakthrough was made with VR technology. Dr. Brian Fiani successfully hosted a VR spine surgery seminar in the metaverse for 50 spine surgeons from ten countries.

Dr. Fiani published a paper related to VR in medicine, “Virtual Reality in Neurosurgery: “Can You See It?” – A Review of the Current Applications and Future Potential,” in 2020. The paper received over 20,000 views and was cited more than 1,600 times.

Dr. Fiani is a big advocate of applying new technologies in the operating room. He worked with various companies on developing software and hardware components for surgical procedures. The doctor believes VR is where creativity and science meet and can give users more opportunities than in the real world.

“Some of the special surgical teaching features include visualizing 3-dimensional reconstructions pre-operatively, surgical planning, surgical simulations, and post-operative analysis all while decentralizing surgical education so that participants can be anywhere in the world at that particular time,”

To prepare for the seminar, Dr. Fiani worked with a German company Non Nocere, which shipped all the headsets and hand controls to Fiani and the Symposium in New York. He also received proper training for VR surgery from Non Nocere’s technicians and sales representatives through the metaverse.

According to Dr. Fiani, the system worked smoothly and was very intuitive. No glitches were detected, and hand controls felt simple and realistic.

In general, VR surgeries can revolutionize the industry by allowing safe, repetitive practice before real surgery, making doctors more efficient when operating, and allowing them to test new instruments.

In November, Arab Health announced the Intelligent Health Pavilion in the Dubai World Trade Center. The event will take place from January 30 to February 2, and the main focus will be healthcare in the metaverse, a market that is expected to reach $5.37 billion in 2030.