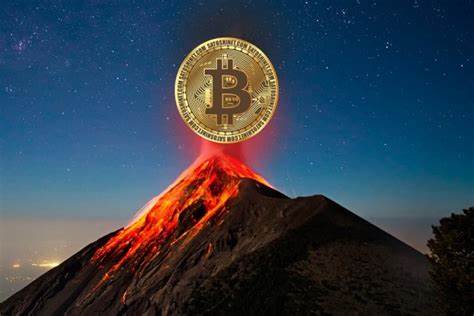 Nayib Bukele – president of El Salvador – recently took to Twitter with some mining numbers. It appears that the country’s developing volcanic mining facility has produced its first Bitcoin.

As revealed by Bukele earlier today, the gains produced by the volcano are still small. However, the president still seemed quite enthusiastic to have gotten the project started, showing his new numbers alongside a single heart emoji.

At the time of posting, the facility hadn’t received any bitcoin payments. However, the image showed 0.004 bitcoin pending payment and about 0.006 bitcoin preparing to be mined. In total, the facility was poised to receive about one-hundredth of a bitcoin – or $470 US with today’s prices.

“We’re still testing and installing”, said Bukele, “but this is officially the first #Bitcoin mining from the #volcanode.”

The president shared a video of the “volcanode” a few days ago, including an aerial view of his new mining facility. The footage showed electricity being generated using the volcano while, alongside a man arranging a series of ASICs. The reveal – which he called “First steps” – received highly positive feedback over Twitter.

Likewise, Bukele received many congratulations on his milestone today, including from notorious Bitcoin HODLer Michael Saylor.

The new facility contributes to El Salvador’s apparent effort to HODL as much Bitcoin as possible. Less than two weeks ago, the nation purchased another 150 bitcoin, bringing its total holdings up to 700. This came just days after the nation became the first-ever country to legalize BTC as a means of payment.

It is also an environmentally friendly method of mining by utilizing the untapped energy within the volcano at no carbon cost. Many have criticized Bitcoin’s proof-of-work system for being too harmful to the environment due to its energy use. However, environmental damages from the largest cryptocurrency tend to be exaggerated, as almost half of all hash power is generated from sustainable sources.

Even Elon Musk, who stopped accepting Bitcoin payments in May due to climate concerns, admits that the network is already becoming more sustainable.