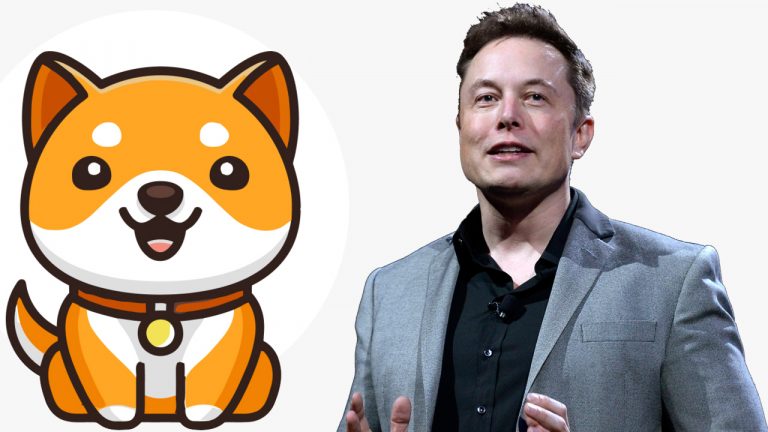 While dogecoin and the ERC20 token shiba inu have surprised the masses with phenomenal gains this year, another dog token has entered the fray. A coin project called “Baby Doge” has risen 228.3% during the last 24 hours and even more so after Tesla’s CEO Elon Musk tweeted about the crypto asset.

Just when you thought there were plenty of dog meme tokens flooding the market, another canine coin has broken free from the kennel. A new token called baby doge (BABYDOGE) has been the talk of the crypto community the last few days, and Elon Musk decided to tweet about the token on Thursday. Musk’s tweet wasn’t very coherent and he simply said:

Of course, Musk’s tweet sent the baby doge token skyrocketing as the digital currency has risen 228.3% over the last 24 hours. Seven-day stats against the U.S. dollar show baby doge is up 53% this week, and across the last two weeks the coin has jumped 716.9%.

Baby doge has a “woof paper,” an audit, and other documentation concerning this coin.

Information about baby doge can be found on the Binance Smart Chain (BSC) token tracker bscscan.com and the crypto asset has a website called babydogecoin.com.

“Baby Doge Coin has learned a few tricks and lessons from his meme father, Doge,” the web portal says. “A new crypto birthed by fans [and] members of the Dogecoin online community. Baby Doge seeks to impress his father by showing his new improved transaction speeds [and] adorableness,” the website adds. Furthermore, the website notes:

[Baby doge] is Hyper-deflationary with an integrated smart staking system built in to reward you, so more baby doge coins are being automatically added to your wallet each transaction. Simply Love, pet, and watch your baby doge grow.

How Does Baby Doge Compare to the Dogefather and Sibling Shiba Inu?

The dog meme token may be somewhat deflationary by its design as holders of baby doge earn them simply by holding. “Watch the amount of baby doge grow in your wallet as all holders automatically receive a 5% fee from every transaction that happens on the Baby Doge network,” the web portal details.

However, there is an abundant supply of baby doge as bscscan.com and other coin market cap aggregation sites show there are four hundred twenty quadrillion baby doge. That’s very different from the Bitcoin (BTC) network’s max supply of 21 million.

A chart created by the Baby Doge development team shows the differences between DOGE and SHIB.

SHIB, on the other hand, is much closer than baby doge, at $0.00000839 per SHIB token. The circulating supply of SHIB is a lot less too, with only four hundred ninety-seven trillion SHIB in circulation today.

The one thing baby doge (BABY DOGE) has that outshines its father dogecoin (DOGE) and its sibling shiba inu (SHIB) is lower transaction fees. SHIB, for example, is an ERC20 token and is forced to deal with fees associated with Ethereum, while dogecoin costs over 2 DOGE to send as the average transaction fee on Thursday is around $0.491 per transaction.

Transacting with BSC and baby doge gives users fees as low as 1 gwei (an Ethereum gas measurement), or around 0.000000001 BNB. There’s no fee data on the baby doge token, but a transaction should cost less than a U.S. penny.