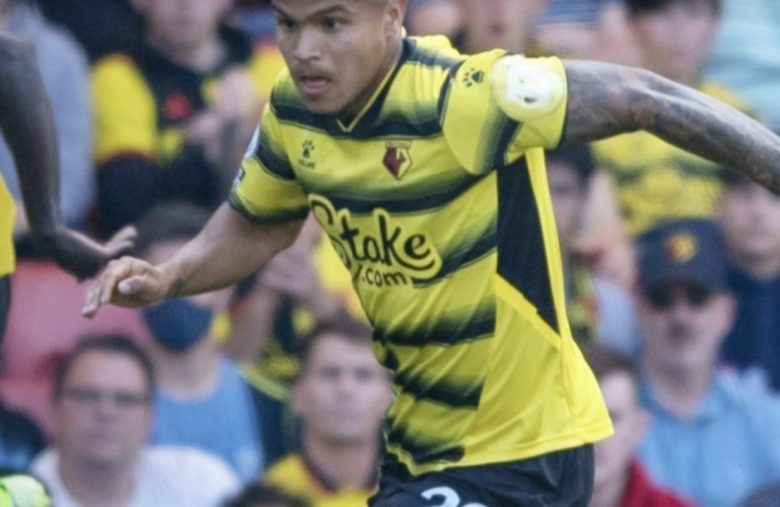 English Premier League football players with the Watford Football Club are now wearing the logo representing the meme cryptocurrency dogecoin for the 2021-22 season. The team wore the image for bitcoin in the previous season.

The players of the Watford Football Club, an English professional football team based in Watford, Hertfordshire, are wearing the dogecoin logo on their sleeves. The team plays in the Premier League, also called English Premier League or the EPL, the first tier of English football.

The Athletic publication reported Saturday that “Watford’s shirt sleeve sponsor for the 2021-22 season will be cryptocurrency dogecoin.” The publication detailed:

The deal — a collaboration with main shirt sponsors Stake.com — will be worth in the region of £700,000 [$970,000] to the Premier League newcomers and could break their previous sleeve partnership with bitcoin of £1 million if it gains global traction.

During the Premier League match Saturday, the Watford Football Club players wore shirts with the logo for the meme cryptocurrency dogecoin on their left sleeves.

Watford Football Club announced in July a multi-year partnership with Stake.com, a global crypto casino and sports betting platform. The company explained, “Starting in 2021/22, the club-record deal will see Stake become the club’s principal shirt sponsor as they return to the Premier League.”

Furthermore, the announcement states that “To commemorate the beginning of the partnership, Stake will be running crypto-themed initiatives, including a 10 million dogecoin giveaway on their international platform.”

Prior to the partnership with Stake, Watford Football Club signed a deal with Sportsbet.io in 2019. The deal included the players wearing the Sportsbet.io brand on the front of Watford shirts and the image representing bitcoin on their sleeves for the 2019/20 Premier League.